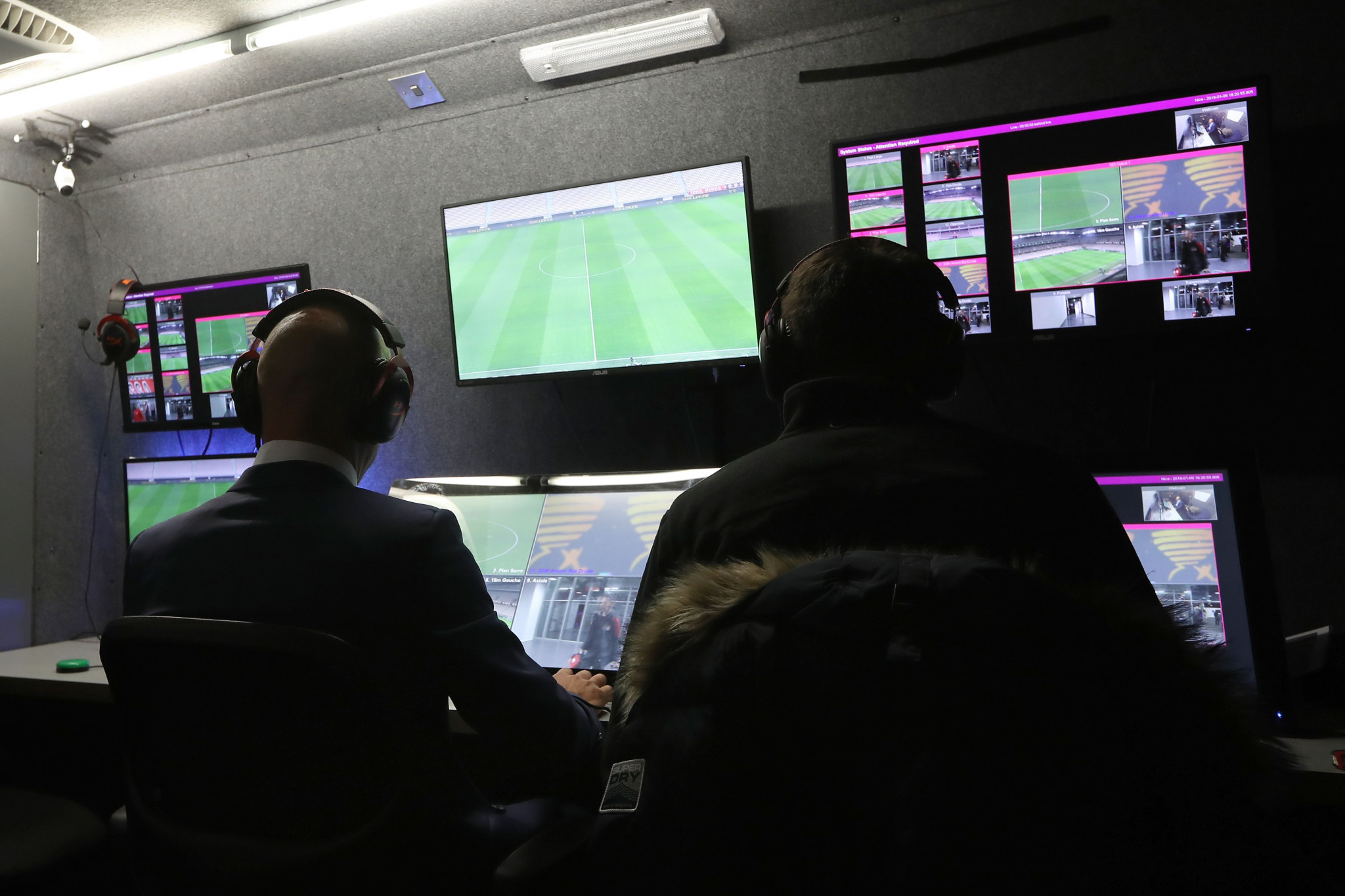 FIFA's ruling Council are expected to give the green light to the use of video assistant referees (VAR) at this year's World Cup in Russia when they convene for their latest meeting in the Colombian capital of Bogotá tomorrow.

VAR featuring for the first time at the tournament moved a step closer last month when the International Football Associations Board, the sport's lawmakers, approved its use across the professional game.

FIFA President Gianni Infantino is a keen advocate of the technology, despite admitting he was initially against its introduction, and he is set to be supported by the other Council members when it is discussed during the meeting.

"VAR is something positive that will bring much more to the transparency of football," the Swiss said prior to the meeting, according to Agence France-Presse.

"Video refereeing isn't going to be the solution to everything in football - what we want to do is avoid resounding mistakes by referees."

The expected rubber-stamping of the VAR being part of FIFA's flagship tournament later this year comes despite a number of concerns being raised in the trial phase.

The meeting, due to be held at the Agora Convention Centre, also coincides with the deadline for the submission of bids for the 2026 World Cup.

Morocco and a joint three-nation effort from the United States, Canada and Mexico are the two candidates in the running for the tournament.

Both will table their full respective bids by tomorrow, with the host due to be decided at the FIFA Congress on June 13 on the eve of the 2018 event in Russia.

According to the New York Times, the Council will also discuss the establishment of a global FIFA women's league.

The proposed format would consist of the 16 top-ranked teams, while world football's governing body is also considering establishing four regional leagues in a bid to improve the women's game worldwide.

The Under-17 and Under-20 World Cups are likely to be scrapped by FIFA, with the Council expected to give the go ahead for them to be replaced by an annual 48-team tournament from 2020.

Ratification on decisions surrounding the Bolivian, Honduran, Malian and Cameroonian Football Associations will also be covered.

The Council will also approve a decision from the Bureau of the Council to lift the suspension of the Kuwait Football Association (KFA) in December.

It allowed Kuwait to compete in the Gulf Cup of Nations after a last-minute deal was struck to end the KFA's period in exile.