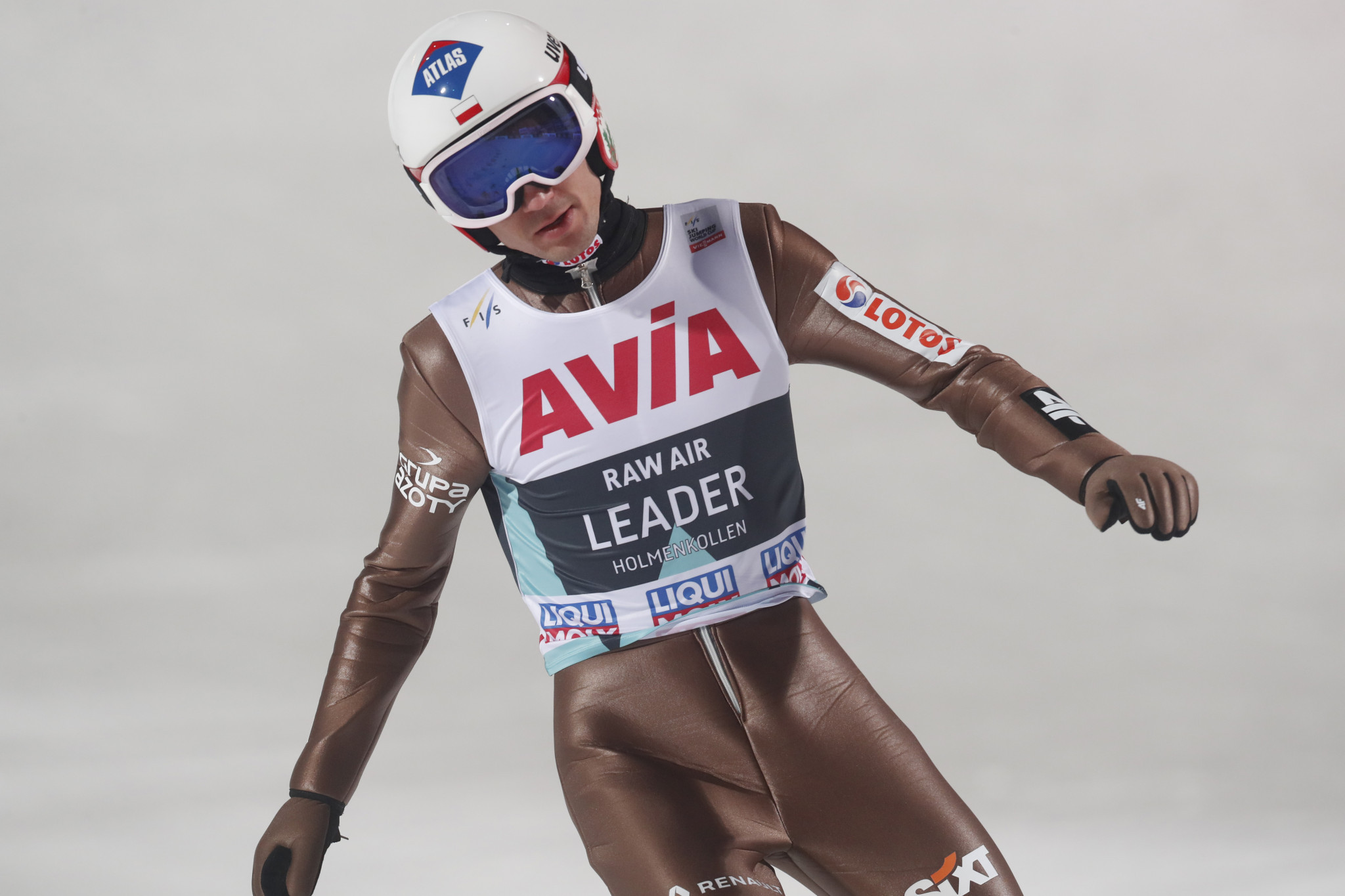 The Pyeongchang 2018 large hill champion impressed again today as he produced the two furthest jumps of the competition.

Stoch was followed by his compatriot Dawid Kubacki, who settled for second place with total of 278.7 points.

The top four were a repeat of yesterday’s qualification standings, with Norway’s Robert Johansson rounding off the podium on 273.7 points.

His compatriot Andreas Stjernen missed out in fourth place, the local jumper ending on 272.5 points.

The first change from qualification came when Germany’s Richard Freitag finished in fifth place with 271.1 points.

Norway’s Johann André Forfang completes the top three with a tally of 1,055.5 points.

Trondheim and Vikersund are due to hold the final two events, which form part of the FIS Ski Jumping World Cup circuit.