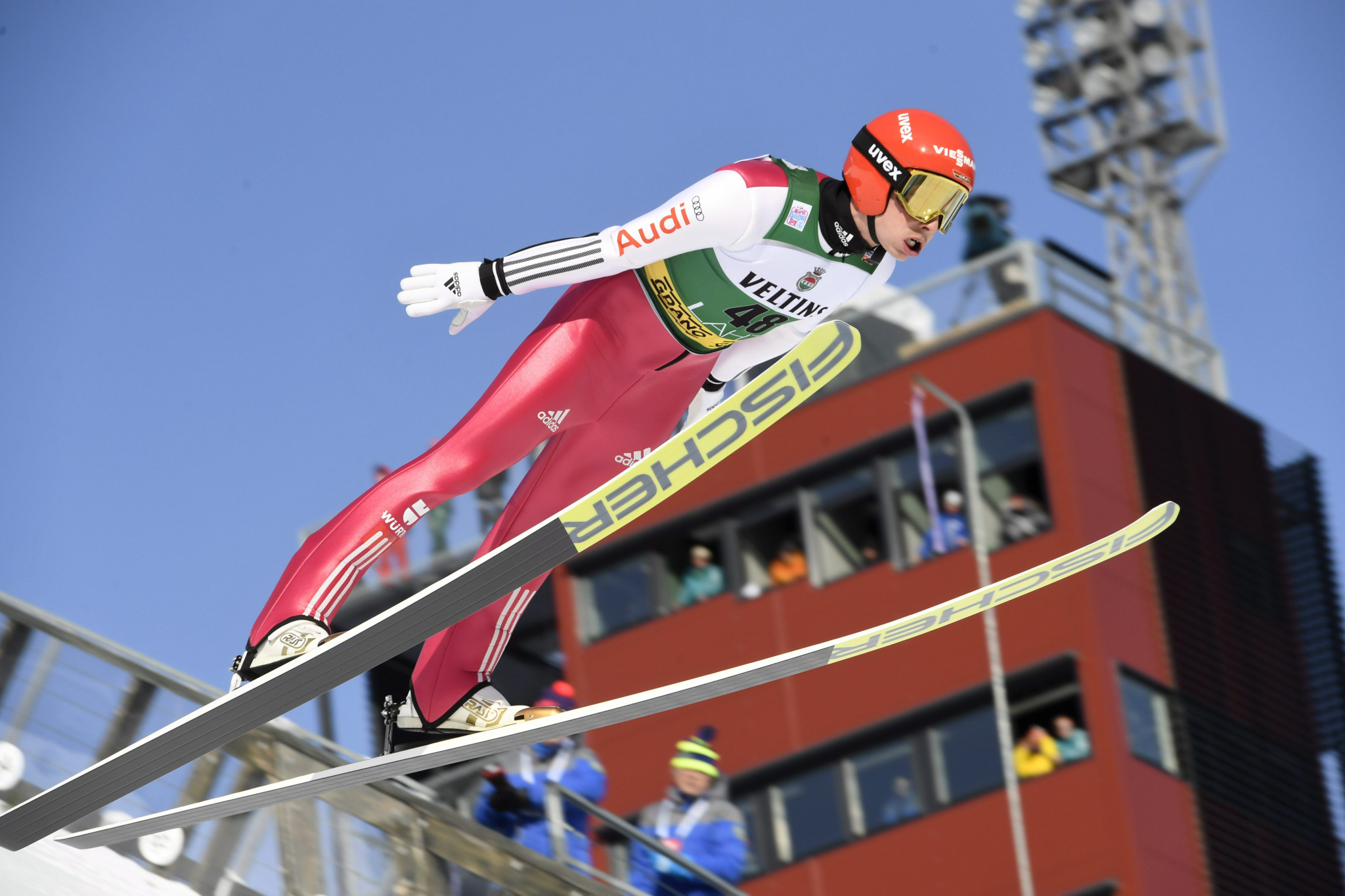 Watabe held a big lead after a mammoth large hill ski jump on the Norwegian course.

Frenzel started fourth with a 27 second deficit to make-up.

The German began fast and caught Watabe at the front of the field after 5.2 kilometres of the 10km cross country.

He appeared visibly tired at that stage, though, and the Japanese star tried valiantly to break clear.

He almost built a small gap on the final climb before Frenzel produced a trademark sprint finish to overhaul him and win in 24min 09.0sec.

There was another thrilling battle for third place.

Fabian Riessle won it to take bronze, 28.8 seconds behind the winner.

His German team-mate Johannes Rydzek was just one hundredth of a second behind in fourth.

Joergen Graabak, the home hope from Norway, was another four hundredth further back in fifth.