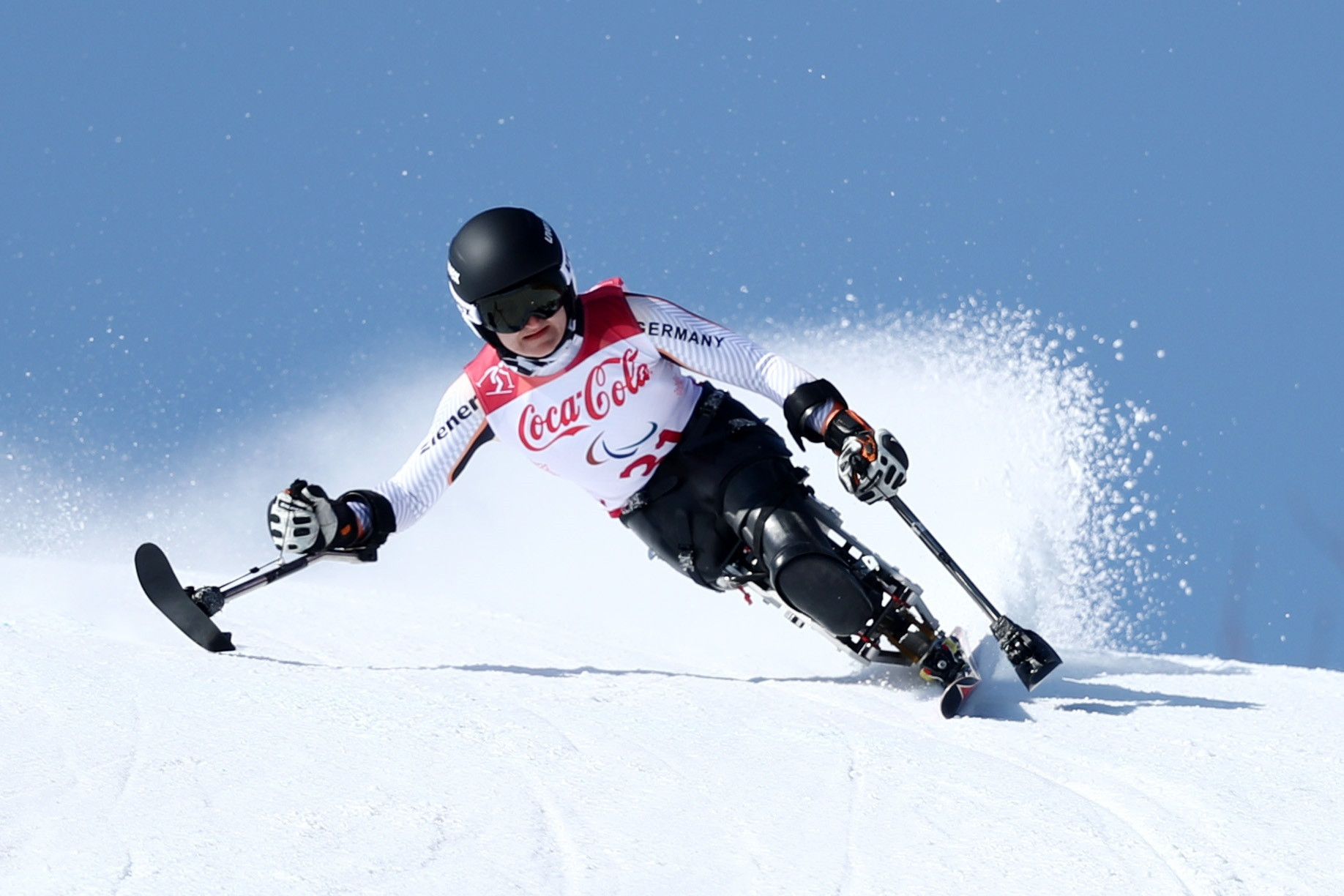 Forster ranked fourth after the super-G but produced the fastest slalom run by more than four seconds to triumph in a combined time of 2min 27.59sec.

Schaffelhuber, winner of all five women's sitting events at Sochi 2014 and who had already claimed the downhill and super-G gold medals here, had to settle for the silver medal in 2:30.11.

"It's awesome for me," Forster said.

"I trained so much in the last years and I wanted to be on the top of the world and now I have reached it.

"I can't imagine it.

"I had no pressure because I knew whenever I got a medal it would be awesome."

Schaffelhuber claimed it was not a disappointment for her to finish second.

"Before the Games I always said that I won't win the five gold medals because if you have seen the results of the season, you have seen that she [Forster] is very, very strong in slalom," she said.

"I didn't think about winning the five golds."

On a day dedicated to super combined events, Slovakia's Henrieta Farkašová survived a late scare in her slalom run to secure a third gold medal of Pyeongchang 2018 in the women's visually impaired category.

Farkašová, guided by Natalia Subrtova, made a mistake in the bottom part of the course but still won in an overall time of 2:27.72.

The outstanding performer, however, was Australia’s Melissa Perrine, guided by Christian Geiger.

The 30-year-old was sixth after the super-G but posted the fastest slalom time by more than two seconds, 55.32sec, to complete the podium.

Despite a crash in the super-G run of the women's standing by French favourite Marie Bochet, German rival Andrea Rothfuss could only manage silver.

Leading after the super-G, Rothfuss' slalom time was over a second slower than that of Canada's Mollie Jepsen, whose outstanding second run gave her gold by 0.37 seconds with a time of 2:32.70.

Jepsen's team-mate Alana Ramsay picked up her second bronze medal of the Games, finishing 3.38 seconds behind.

Super-G bronze medallist Miroslav Haraus, guided by Maros Hudik, ensured it was a Slovakian gold medal double in the visually impaired races by winning the men's event in style.

The 31-year-old clocked a combined time of 2:14.22 to beat Spain’s Yon Santacana Maiztegui, guided by Miguel Galindo Garces, by 0.91 seconds.

This followed the disqualification of Slovakia's Jakub Krako.

More than a second quicker in the slalom than anyone else in the field, the 20-year-old overtook French teenager and early leader Arthur Bauchet of France to scoop the gold medal in 2:10.56.

A fast slalom time of 46.26 saw New Zealand's Adam Hall move up the rankings from seventh to third and take the bronze medal in 2:15.32.

In the men's sitting, The Netherlands’ Jeroen Kampschreur, a spectator at Sochi 2014, won his first Paralympic title.

France's Frederic Francois took the silver medal in 2:12.91, while Norway’s Jesper Pedersen, leader after the super-G, came away with the bronze in 2:13.74.

Alpine skiing action at the Pyeongchang 2018 Winter Paralympics is due to continue tomorrow with the men’s and women’s giant slalom events taking centre stage.