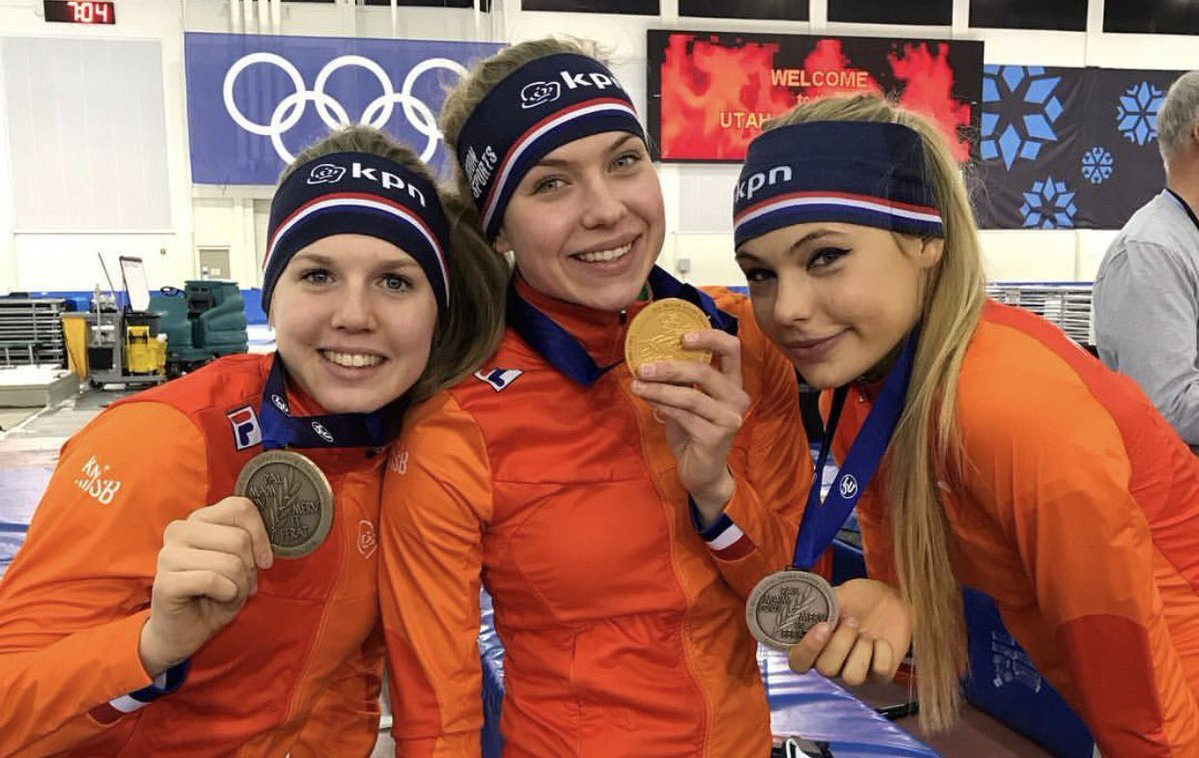 The Dutch team, consisting of Joy Beune, Elisa Dul and Jutta Leerdam, recorded a time of 2min 59.559sec over their six-lap race to finish top of the podium at the Utah Olympic Oval.

In the men's event, South Korea moved from bronze to gold thanks to the efforts of Lee Do Hyung, Kim Min Seok and Chung Jaewon, who posted a time of 3:43.557 in their eight laps.

Japan secured another silver medal after finishing in 3:44.685, just 0.048 seconds ahead of Russia in the bronze medal position.

David la Rue made it a double gold for Canada thanks to his victory in the men’s mass start.

The 19-year-old led the pack ahead of Ethan Cepuran of host country the United States and Kim Min Seok of South Korea, who finished second and third respectively.

"I had to look at the board first to make sure that I medaled,” Cepuran said.

"I knew it was close but I had to make sure, and then I screamed.