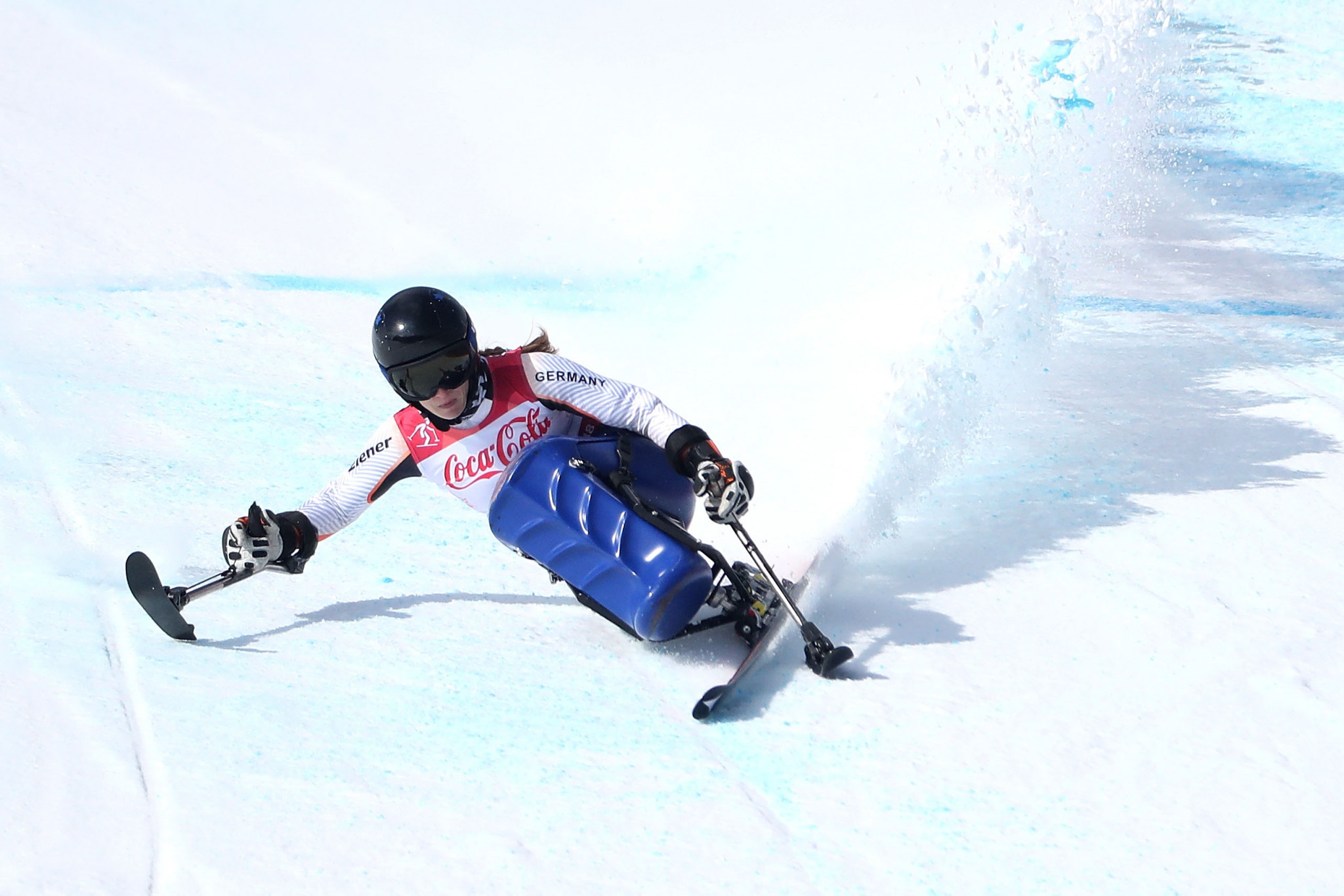 Germany’s Anna Schaffelhuber continued her quest to defend all five of the Alpine skiing titles she won at Sochi 2014 as she claimed her second gold medal by winning today’s women’s sitting super-G race at the Jeongseon Alpine Centre here.

The 25-year-old kept up the excellent form that saw her win gold in yesterday’s downhill event as she posted a time of 1min 34.76sec to secure today's super-G crown.

It had looked like Claudia Lösch of Austria was going to regain the title she won at Vancouver 2010 when she recorded a good time of 1:35.71 earlier.

Schaffelhuber, one of the last skiers to go, beat that time by almost a whole second to snatch gold, with Lösch having to settle for the silver medal.

The men’s sitting race was won by Canada's Kurt Oatway after he registered a time of 1:25.83.

Andrew Kurka of the United States earned his second medal of these Games following his victory in the downhill yesterday by claiming silver today in 1:26.89.

Frederic Francois of France was a further 0.09 seconds back in third.

Along with Schaffelhuber, France's Marie Bochet was another athlete to defend her Paralympic super-G title as she came out on top in the women’s standing thanks to her time of 1:32.83.

Germany’s Andrea Rothfuss was 0.27 seconds behind Bochet in second with Canada's Alana Ramsay completing the podium line-up after she crossed the line in 1:35.20.

In the men’s standing competition, Switzerland’s Theo Gmur continued the excellent form that saw him win yesterday’s downhill race by posting another gold medal-winning time of 1:24.83.

France’s 17-year-old Arthur Bauchet finished in the silver medal position after he finished the course in 1:26.64 with Sochi 2014 super-G gold medallist Markus Salcher of Austria having to settle for the bronze medal with a time of 1:27.89.

Slovakia's Henrieta Farkašová, who yesterday became the first gold medallist of these Winter Paralympic Games, clinched another title today after securing victory in the women's visually impaired super-G competition thanks to a time of 1:30.17.

Britons Millie Knight and Menna Fitzpatrick completed the podium line-up with times of 1:33.76 and 1:34.54, respectively.

Jakub Krako made it a Slovak visually impaired double thanks to his win in the men’s event, secured with a time of 1:26.11

He was, however, pushed all the way by Italy’s Giacomo Bertagnolli, who had to settle for silver, despite posting an excellent time of 1:26.29.

The Alpine skiers are due be back on the snow on Tuesday (March 13) as they battle it out for the super combined title.