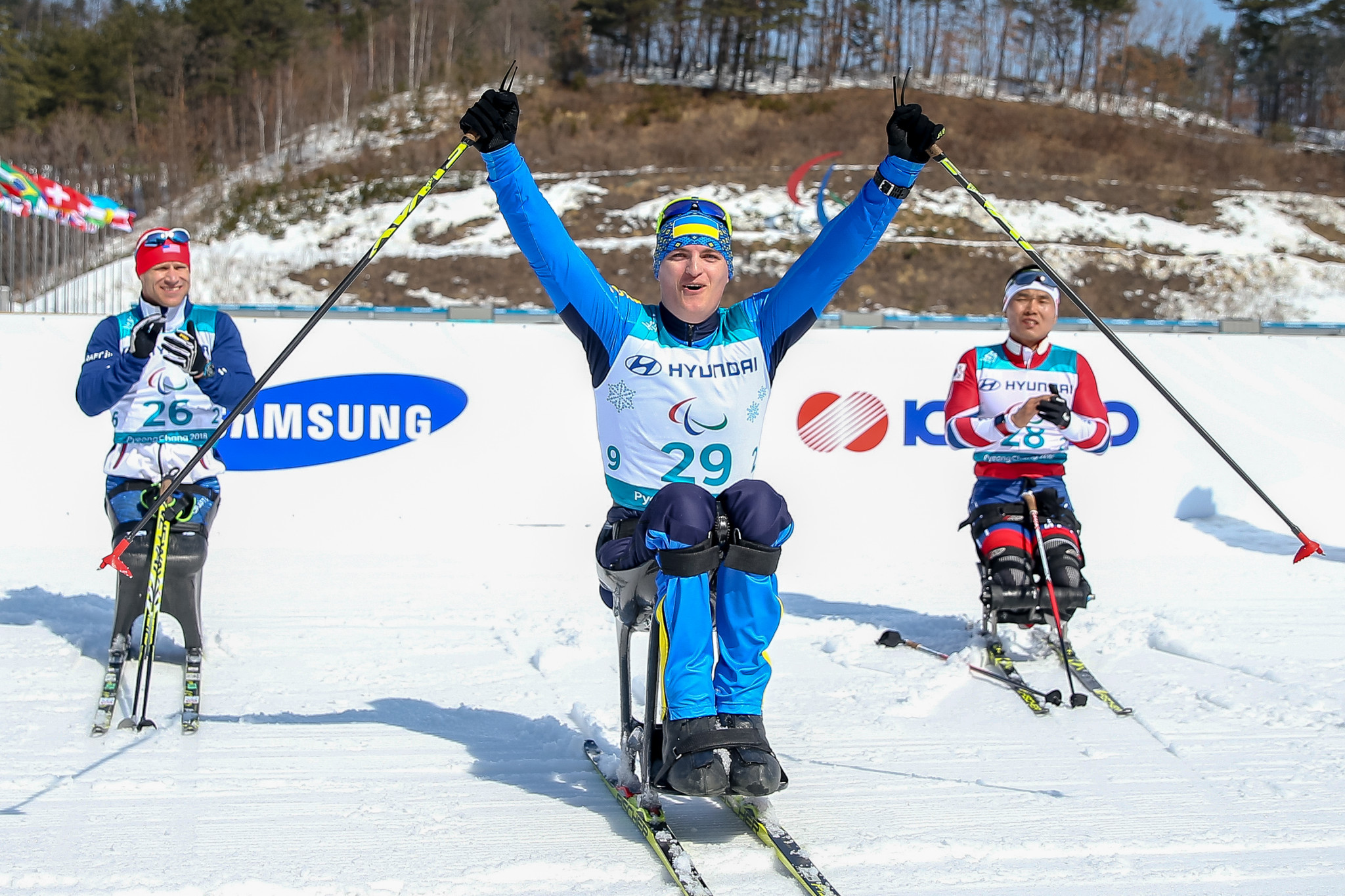 Yarovyi, who has finished third twice over the distance in the Para Nordic World Cup this season, triumphed comfortably with a time of 41min 37sec.

Nearest challenger Daniel Cnossen of the United States finished 43.7 seconds behind to add a silver medal to the 7.5km biathlon gold he won yesterday.

Home favourite Sin was 51.9 seconds off the pace in third, increasing South Korea's all-time medal tally at the Winter Paralympics to three.

Yaryovi’s victory comes a day after he had a disastrous race in the 7.5km biathlon event, falling in the soft snow conditions and finishing 10th.

"It's the most important medal of my life," he said.

"I've been working hard for eight years to get it and I am thrilled.

"I fell yesterday and the bad shooting messed with my head, but now, after eight years of work, I got my first gold at the Paralympics and I'm very happy.

"This is the best medal of my career and I will try harder and harder to get more."

They were the bottom two finishers among those who completed the race.

In the women’s 12km sitting event, America's Kendall Gretsch came out on top to take her second gold medal in as many days.

"For cross-country, I was pretty unsure going in here," Gretsch said.

"I knew that since our last World Cup I had improved a lot, but you never know until you race where you stand.

"I'm just happy with how things went today and I was able to put together another good race.

"It's just a very humbling experience being able to hear your anthem for your country.

"It's just kind of putting everything into perspective and knowing that you're here not just for yourself, but for your country is amazing."

Gretsch’s compatriot and overwhelming favourite Oksana Masters had to settle for the bronze medal, narrowly edging out Neutral Paralympic Athlete Marta Zainullina, in 39:04.9.

Splitting the two Americans was veteran German Andrea Eskau, who posted a time of 38:48.3.

Cross-country skiing action is due to continue tomorrow with four sets of medals set to be awarded.

Standing and visually impaired events will be held over the men’s distance of 20km and women’s of 15km.