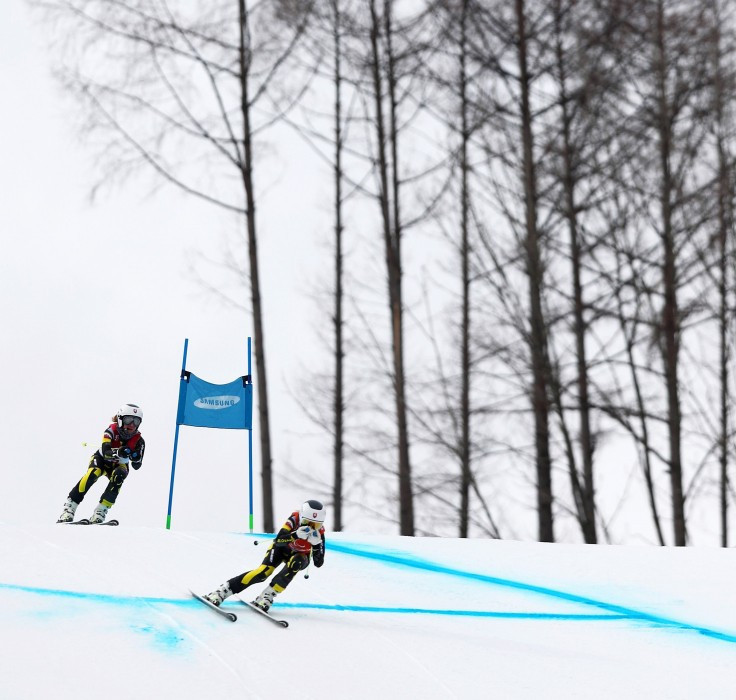 Farkašová, with guide Natalia Subrtova, clocked a time of 1min 29.72sec at the Jeongseon Alpine Centre to repeat her triumph from Sochi 2014.

"We admire all the girls that ski with us - they’re great competitors and we always want to put our best [down]," Farkašová said.

"And we’re always happy when everyone finishes so we can really win fair and square and prove to ourselves that we are the best out there, not just because someone else made a mistake.

"There is always a place for a gold medal from the Paralympics."

On a day dedicated solely to downhill events, the women's standing competition was won by France's Marie Bochet in 1:30.30.

The 24-year-old, winner of all four of her events at Sochi 2014, finished 2.23 seconds ahead of runner-up Andrea Rothfuss of Germany.

Canada's Mollie Jepsen was 4.30 seconds back in third place.

After winning five gold medals at Sochi 2014, Germany's Anna Schaffelhuber is already off the mark thanks to victory in the women's sitting event in 1:33.26.

Japan's Momoka Muraoka claimed the silver medal in 1:34.75 and the United States' Laurie Stephens came away with the bronze in 1:35.80

Canada's first gold medal of the Games was won by Mac Marcoux, guided by Jack Leitch, in the men's visually impaired.

Less than one second separated the podium finishers in the men's standing event.

Austria's Markus Salcher was a further 0.1 seconds behind in the bronze medal position.

The final downhill event of the day was the men's sitting and it was won by world champion Andrew Kurka of the US in 1:24.11.

Japan’s Taiki Morii, the early leader, finished with the silver medal in 1:25.75.

Alpine skiing action at the Pyeongchang 2018 Winter Paralympics is due to continue tomorrow, when the men’s and women’s super-G events take centre stage.

TOP STORY: Coe concerned Tokyo 2020 athletes may be "swept along from rumour to rumour"