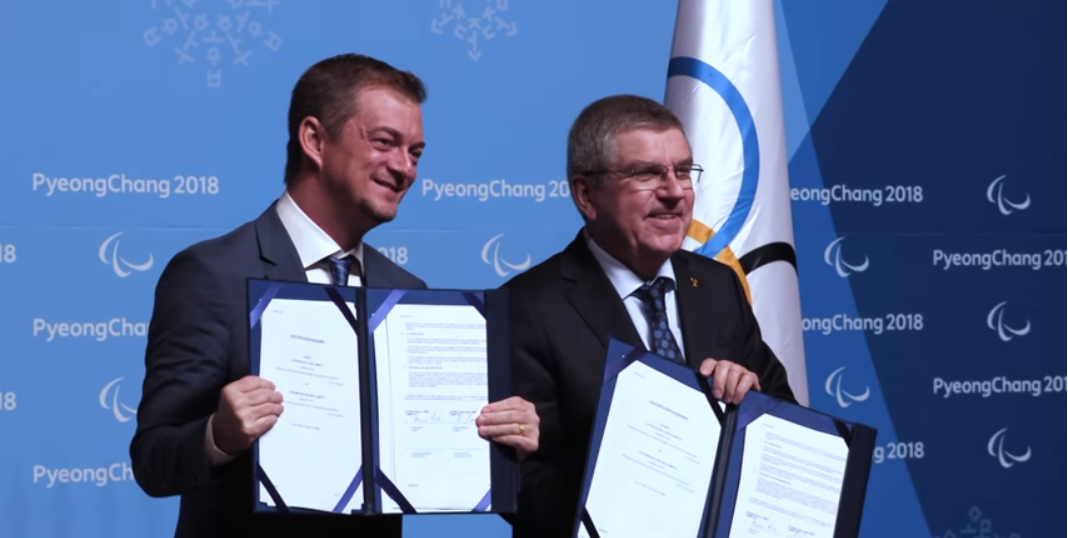 The new agreement, signed here on the opening day of the Winter Paralympic Games, builds on the current partnership and cooperation agreements that were signed prior to London 2012.

As a result of the new partnership the IOC will continue to make it obligatory for any host of the Olympic Games also to organise the Paralympic Games.

Additionally, the two organisations will deepen existing cooperation, specifically on the implementation of Olympic Agenda 2020, the strategic roadmap for the future of the Olympic Movement.

It is hoped agreement will give financial stability to the IPC for at least the next 14 years, from which in turn the whole Paralympic Movement will benefit.

"Enhancing the cooperation between the Olympic and Paralympic Movement was one of the key recommendations of Olympic Agenda 2020," Bach said.

"Therefore, the IOC is pleased to strengthen its substantial support to the IPC and the entire Paralympic Movement because we share so many of the same values and objectives."

IPC and IOC presidents talk about what the new agreement means for the Paralympic movement. https://t.co/PMIebeWvOp

Parsons added: "Strengthening the relationship with the IOC and securing the future of the IPC and the Paralympic Movement was my number one priority when I was elected as IPC President last September.

"Therefore, I am delighted that we have signed a historic long-term new partnership agreement and can now look forward to an exciting future working together.

"There can be no doubts that the IPC and the Paralympic Movement would not be where it is today without the support and co-operation with the IOC.

"Since our first formal agreement signed in 2000, the Paralympic Games and the Movement as a whole has grown beyond all recognition.

"By working together and even closer into a fourth decade will further the impact both of ours work has on society.

"It is fitting that this agreement is signed here in South Korea, as it was in this country that the Olympic and Paralympic Games came together as one sport event in Seoul in 1988.

"Thirty years on, we are here in Pyeongchang for the biggest Paralympic Winter Games to date featuring a record number of athletes, countries, broadcasters and media."

In June 2016, a 16-year cooperation agreement was signed between the IOC and IPC, whose President was then Sir Philip Craven, in order to enhance long-term associations between the two bodies.

Like the new agreement, he Memorandum of Understanding is set to last until 2032.

Olympic and Paralympic Games were first held in the same city in the same year in Rome in 1960 and again in Tokyo four years later.

Hosts largely differed in the 1970s and 1980s, but every summer and winter location has coincided since Barcelona 1992.

A specific cooperation agreement was first drawn-up in 2001 in order to enshrine the practice of "one bid, one city".

Relations between the IPC and the IOC have been strained in recent years after the two organisations opted to take a different course of action regarding Russia over the country's doping scandal.

The IPC imposed a blanket ban on Russian athletes from competing at Rio 2016, while the IOC opted to defer the decision on their participation to the respective International Federations.

With the Russian Paralympic Committee remaining suspended, collective punishment has also been applied by the IPC to Pyeongchang 2018.

Russian athletes are eligible to participate as Neutral Paralympic Athletes, but the IPC has insisted that all those implicated in the doping scandal will be barred.

The governing body claims to be confident that any legal challenge against this system will be unsuccessful.

There will be a longer wait, though, before any attempt is made to retrospectively disqualify Russians from Sochi 2014 and reallocate medals.