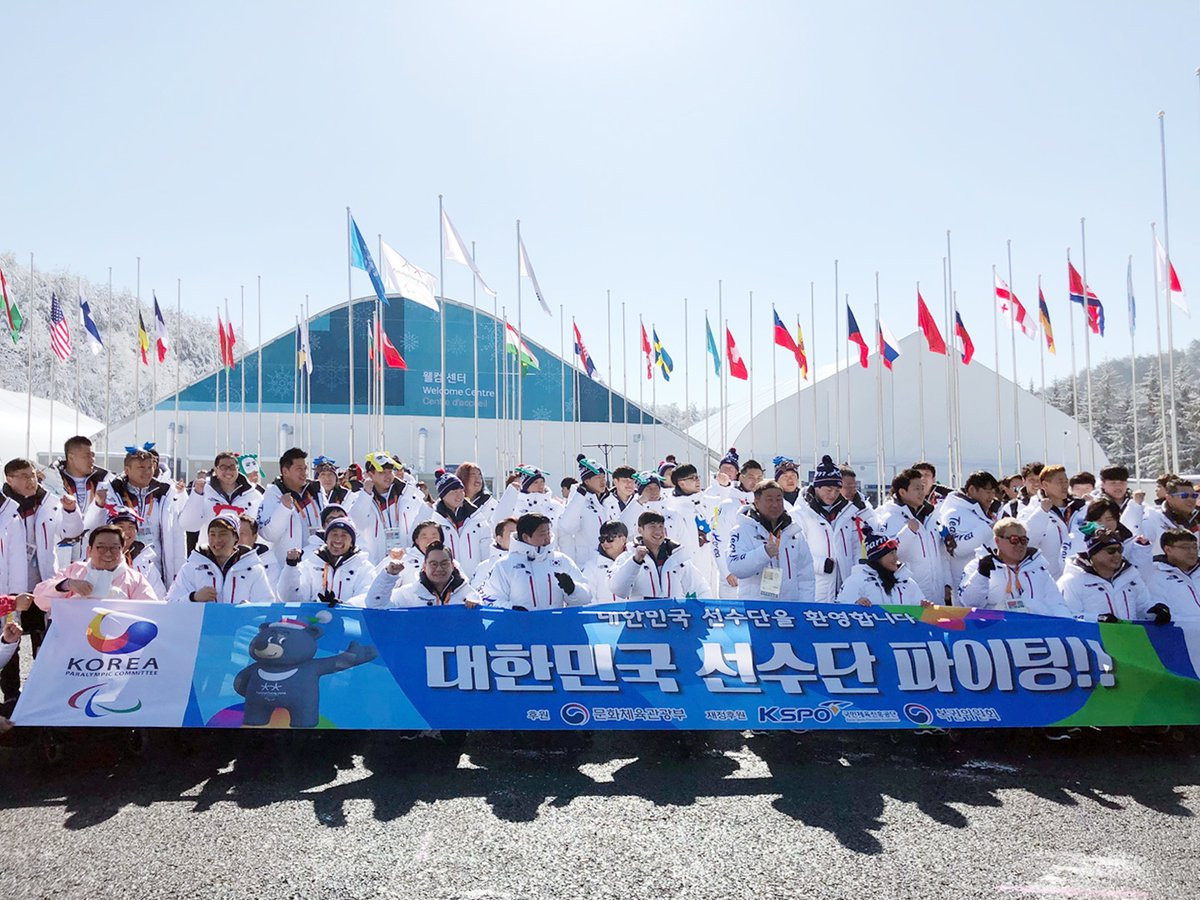 Hosts South Korea's team for the Pyeongchang 2018 Winter Paralympic Games has been officially welcomed at the Athletes' Village today.

A total of 62 athletes and officials, including Vice-Minister for Culture, Sports and Tourism Roh Tae-kang, were in attendance.

South Korea was one of the first two teams to have a welcome ceremony, along with the Czech Republic.

"As I'm also a person with a disability, I'm proud of all the athletes here and I want to thank you all for coming to Pyeongchang," Park Eun-soo, the Mayor of the Pyeongchang 2018 Paralympic Village, was reported as saying by South Korea's news agency Yonhap in his welcome speech.

"I expect all of you to fulfil your best abilities."

South Korea’s Chef de Mission Bae Dong-hyun announced in his speech that he will offer financial rewards to medallists.

"I hope all of our athletes can show their best performance with their best form," Bae told Yonhap.

"I hope we can all show that we are great athletes and how wonderful South Korea is."

The country has its biggest-ever delegation for a Winter Paralympics, made up of 36 athletes and 47 sports staff members.

The athletes will be represented in all six sports on the programme with their target being one gold, one silver and two bronze medals, and a top-10 finish.

South Korea made its debut in the Winter Paralympics at Tignes-Albertsville in 1992 but has only ever won two medals - silvers at Salt Lake City 2002 and Vancouver 2010.