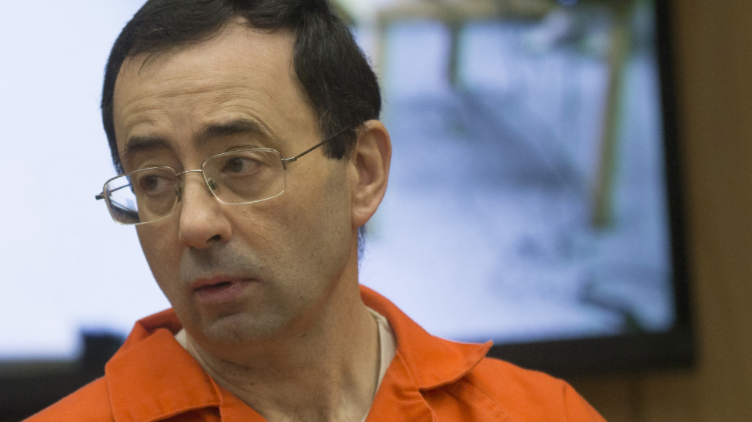 Moore filed an amended complaint with the Federal Court in which he claims the former USA Gymnastics doctor abused him by performing acupuncture on his genitals when he was 16.

Moore, 18, who is now a freshman gymnast at the University of Michigan, claims he went to see Nassar for treatment following a shoulder injury.

A civil case seen by USA Today claims that Nassar was already treating a teenage female gymnast when Moore arrived.

The file claims that Nassar first pulled down the boy's pants, exposing him to the girl, before vowing to treat the injury with "acupuncture in his pubic area and in and around his genitalia".

He proceeded to then do this despite the lack of any known medical connection between this and shoulder pain.

Around 260 people have now accused Nassar of abuse under the guise of medical treatment.

He has now been sentenced to up to 175 years in prison but both the United States Olympic Committee (USOC) and USA Gymnastics have faced intense criticism for their handling of the affair and questions about what they knew and when.

USOC admitted that it learned of the abuse allegations in 2015, one year before they emerged publicly when they were told that the Federal Bureau of Investigation was investigating Nassar.

It also emerged last week that triple Olympic gold medallist Aly Raisman is reportedly suing the two governing bodies over their handling of the scandal.