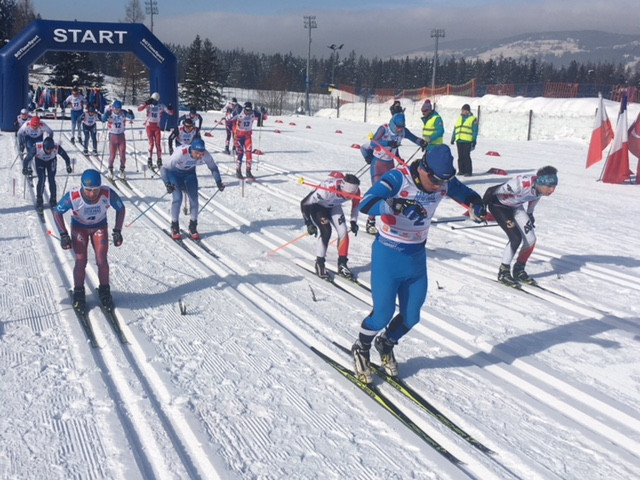 France, Japan and Russia were the strongest-performing nations at the 2018 International Federation for Athletes with Intellectual Impairments (INAS) World Alpine and Nordic Skiing Championships in Zakopane, winning the majority of the medals during the four days of competition.

Russia opened their medal account in the Polish resort on Tuesday (February 27) in the cross-country skiing.

In the women’s event, Elena Shchukina opened her Championships with victory in 18 min 39.0sec.

The Russian trio then swapped podium places the following day in the sprint classic.

Patryk Jakiela handed hosts Poland their first medal of the competition with silver in 29:20.1.

France, Austria, Japan and Russia amongst the medallists in the Nordic sprint and giant slalom in alpine skiing at the #Zakopane2018 World Alpine and Nordic Skiing Championships 🇫🇷🇦🇹🇯🇵🇷🇺 pic.twitter.com/bqL95yXvbu

The sprints for II1 athletes took place on Wednesday (February 28) and delivered more gold for Russia.

Defending champion Hans Teearu of Estonia finished second in 2:51.3 andIvan Martiushev grabbed another medal for Russia with bronze in 2:52.2.

Poland were the defending champions in the men’s 3×2.5km relay but proved to be no match for the Russians on Thursday (March 1).

Maksim Skurikhin, Volegov and Aleksandr Charushnikov put on an impressive display to triumph in in 23:38.3.

The Polish trio of Jakiela and Michal and Jerzy Krzanowsky took the silver in 25:23.9.

The Japanese duo of Rena Aoyagi and Kei Nakazawa were second in 26:57.6.

In the mixed relay, Shchukina, Martiushev and Sorokin secured gold for Russia in 28:58.0.

They were followed by France’s Lea Thiroux, Stephane Kelkal and Solomon in 29.47.3.

Aoyagi also competed in the mixed relay for Japan, taking bronze alongside Kohei Abe and Yutaro Murakoshi in 32:00.3.

Rounding off the action were today's long-distance mass start races.

In the women’s 10km freestyle II1, Shchukina topped the podium once again and brought her gold medal tally to two with a time of 38:27.2.

Home favourite Jakiela retained his title in the men’s 15km freestyle II1 in 44:59.8.

Japanese skiers really know how to attack the super-G course at the #Zakopane2018 alpine Worlds! ⛷ pic.twitter.com/q3RUUXECMH

Japan and France dominated the slalom events, which started on Tuesday.

France’s Melania De Bonna successfully defended her title in the women’s II1, posting two leading runs for a time of 1:20.10.

De Bonna retained her second title of the week by winning the giant slalom II1 in 1:16.97.

Macurova joined her on the podium once again, this time taking silver in 1:17.80.

De Bonna then sealed her third gold medal of the week in the women’s super-G II1.

Kimura stepped onto the top spot of the podium once again after winning the men’s giant slalom II1 in 1:13.11.

Compatriot Yusuke Kizuke was second in 1:15.15 and Austria’s Alexander Haissl sealed bronze in 1:15.22.

The last day of competition also featured the men’s super-G II2, in which victory was claimed by another Japanese skier, Hiroki Miyoshi, in 41.12.