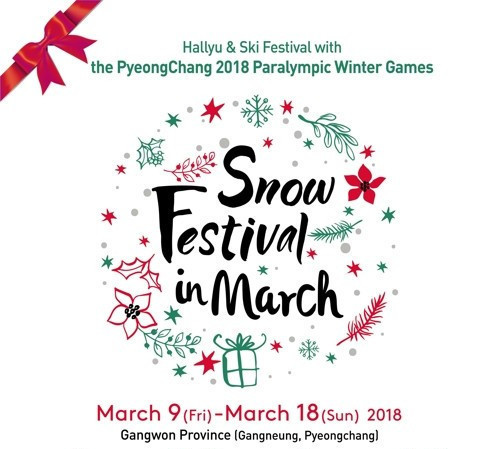 A special festival celebrating Korea's culture is to be held for tourists to help promote the Winter Paralympic Games due to start in Pyeongchang this week.

The event known as "hallyu" - or Korean Wave - is being put on by the Korea Tourism Organization (KTO).

The festival is due to start on Friday (March 9), the day of the Opening Ceremony of the Winter Paralympic Games.

The main event of the opening day is set to be South Korean actor Jang Keun-suk holding a meet and greet for fans.

Jang is providing 2,018 tickets to his fans to watch ice hockey together with him in Gangneung.

On March 13, another South Korean actor Lee Dong-wook is set to hold a fan meeting in the city and watch an ice hockey game together with 1,000 fans he bought tickets for, the KTO said.

Other music concerts are also planned for visitors, including a K-pop performance on March 15 featuring various artists, including B1A4 and BTOB.