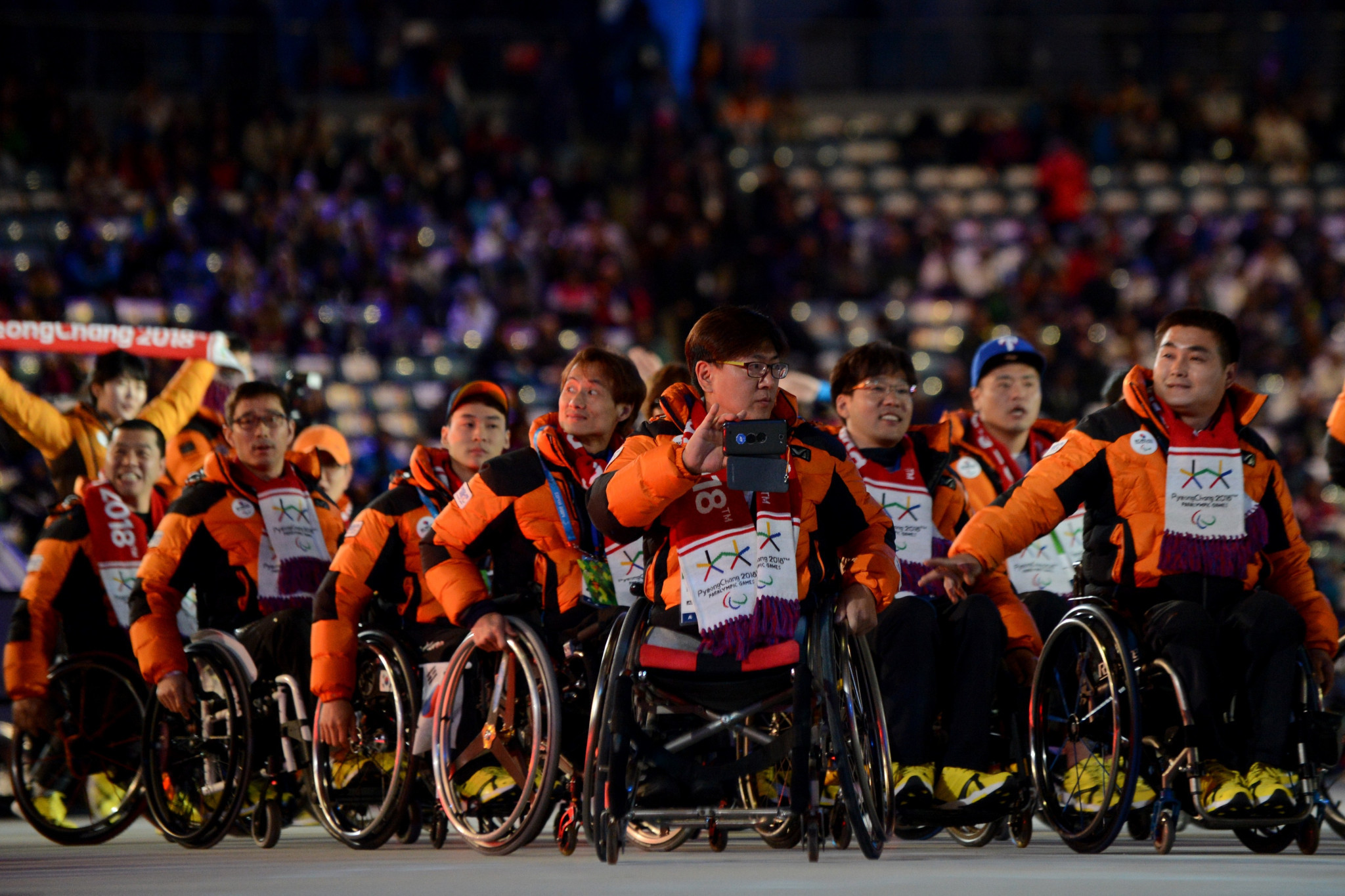 The first members of South Korea’s delegation for the Winter Paralympic Games have arrived in the Pyeongchang with less than a week to go until the start of the Games.

The group composed of 71 of the team’s 83 members have checked-in at the Pyeongchang 2018 Athletes' Village.

The wheelchair curling team is scheduled to join them on Tuesday (March 6), when an official welcoming ceremony is due to be held.

South Korea has its biggest-ever delegation for a Winter Paralympics, made up of 36 athletes and 47 sports staff members.

The athletes will be represented in all six sports on the programme with their target being one gold, one silver and two bronze medals, and a top-10 finish.

South Korea made its debut in the Winter Paralympics at Tignes-Albertsville in 1992 but has only ever won two medals - silvers at Salt Lake City 2002 and Vancouver 2010.

The arrival of the first members in Pyeongchang follows the unveiling of the squad during a ceremony at Sejong Center in Seoul on Friday (March 2).

South Korean President Moon Jae-in was among the some 180 guests in attendance at the ceremony.

He was joined by the likes of South Korea's Minister of Culture, Sports and Tourism Do Jong-hwan and Korea Paralympic Committee President Lee Myung-ho.

"You athletes fell down and stood up repeatedly to prepare for this day," Moon was reported as saying by South Korea's news agency Yonhap in a speech.

"You are all our heroes at every moment."

The official cheerleading song for the Pyeongchang 2018 Winter Paralympics, due to take place from March 9 to 18, was introduced as part of the ceremony.

Video clips of athletes were also played, while the delegation’s flag was handed to Chef de Mission Bae Dong-hyun.

South Korea's wheelchair curling team is keen to replicate the success of the country’s silver medal-winning women’s curling team at the Winter Olympics,

The five members of the Olympic women’s curling team - collectively known as the "Garlic Girls", after their garlic-producing hometown in Gyeongsangbuk-do province - became internet sensations during Pyeongchang 2018.

They were referred to as "Team Kim" due to the fact that the curlers and coach all have the same last name.

"There were five Kims on the women's curling team, but we all have different last names," Seo told Yonhap.

"Most of us became disabled while we were growing up.

"We hope to get good results so that we can encourage people like us that we can stand up and live well."

"If we get support from home fans from there, we'll be able to go for gold or silver.

"I think we have to collect at least seven wins and four losses to reach the semi-finals."

A total of 570 athletes from 49 countries are expected to take part in the Winter Paralympics.