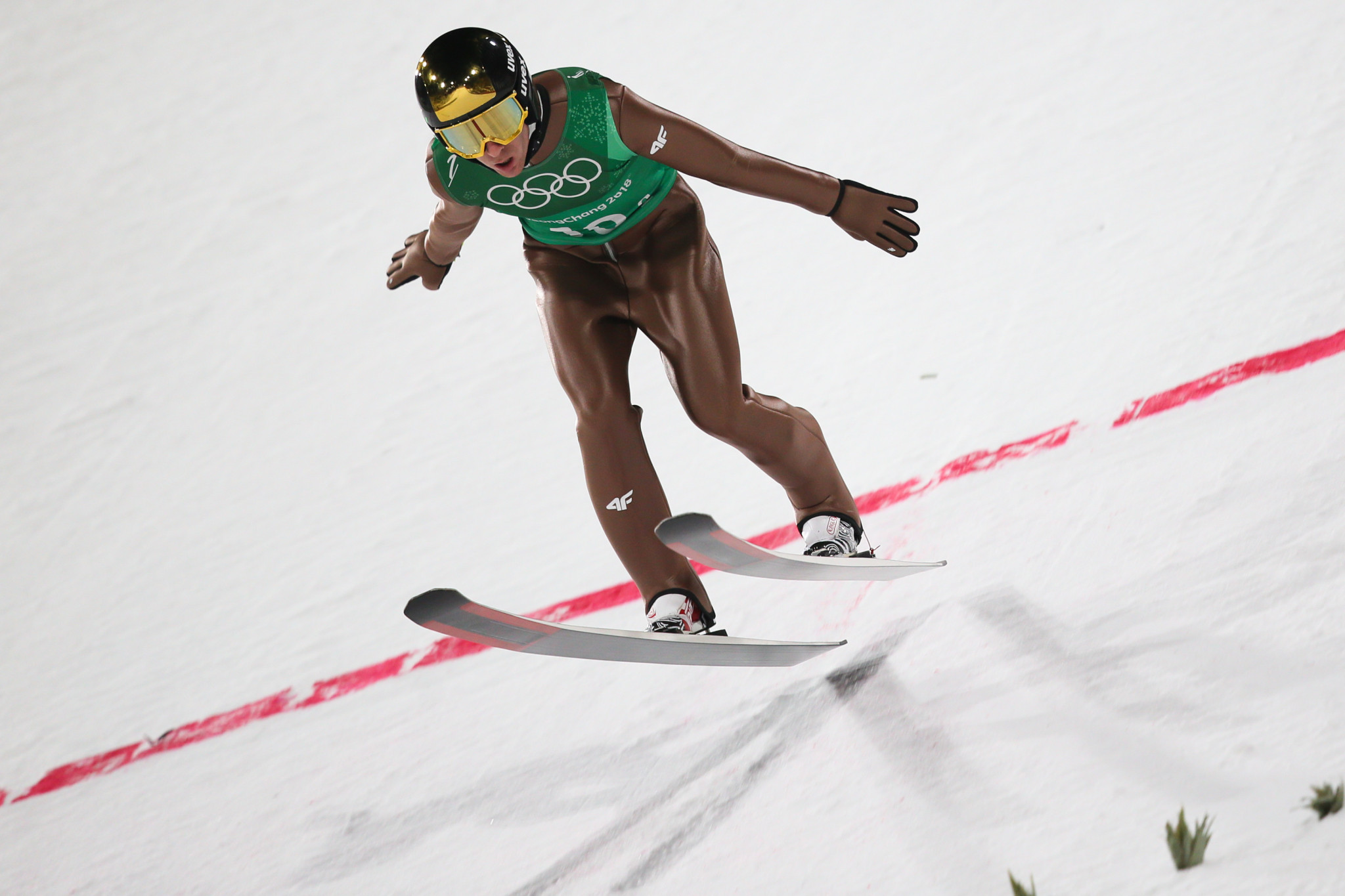 Stoch won the large hill title at the Games in South Korea last month, as well as team bronze with his colleagues.

He now boasts three Olympic gold medals in all after large hill and normal hill success at Sochi 2014 and recorded the longest qualifying jump of 134.5 metres in Finland today.

This gave him 146.7 points at the top of the qualifying board, at an event which forms part of the Lahti Ski Games.

The Pole won the Four Hills Tournament this season and is also the current leader in the World Cup standings.

His team-mate Dawid Kubacki, also an Olympic team bronze medallist, was second best today as he lept 130.5m for 142.9 points.

Germany's Markus Eisenbichler qualified in third place, leaping 128m for a tally of 139.6.

The top 50 jumpers today all reached the final, which will take place on Sunday (March 4) following a team competition tomorrow.

Sprint races will be held in cross-country, with a team sprint in Nordic Combined.

Elsewhere, there was women's World Cup ski jumping action in Rasnov in Romania.

Third best was Nika Kriznar of Slovenia, whose jump of 91m gave her 113.1 points.

Two individual women's events will now be held over the next two days.