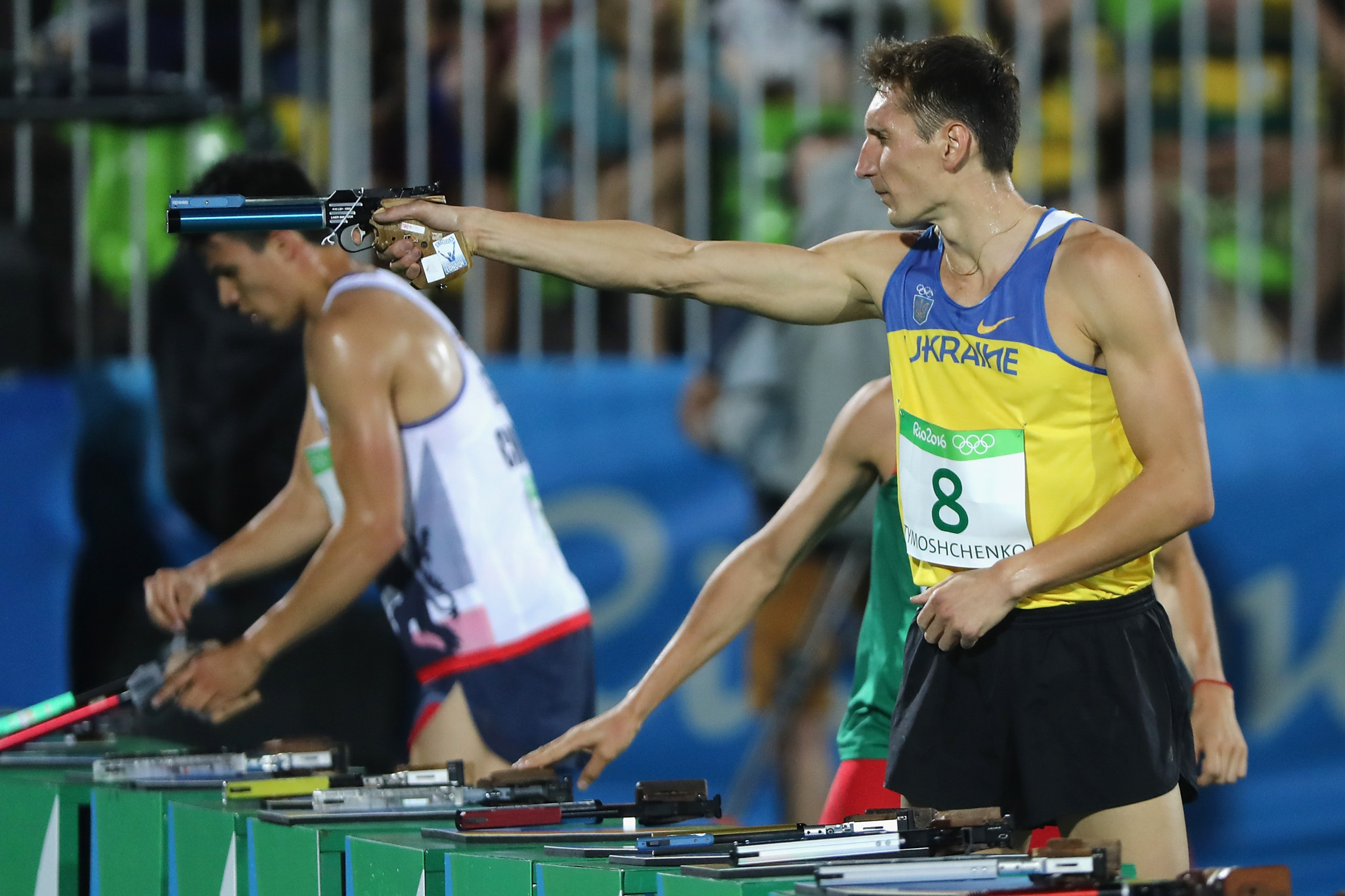 Ukraine's Pavlo Tymoshchenko was among the top athletes in the men's qualification at the International Modern Pentathlon Union (UIPM) World Cup in Cairo.

The 2015 world champion and silver medallist at the Rio 2016 Olympics showed good form in the fencing event at the Cairo International Stadium.

He claimed 23 victories in the discipline to lie second in the first round of qualification.

The Ukrainian’s tally was only matched by Russia’s Oleg Naumov, who topped the standings.

Naumov pulled away from the Ukrainian in the swimming event, as he finished nearly five seconds faster by clocking 2min 7.98sec.

The Russian pentathlete would only finish 13th in the discipline, but it proved enough to keep him at the top of the standings.

The combined event led to a change in the standings, with Egypt’s Ahmed Elgendy delighting the home crowd by moving to the top of the leaderboard.

The top three was completed by Valentin Belaud of France, with the 2016 world champion scoring 1,125, a tally matched by Kazakhstan’s Vladislav Sukharev.

Tymoshchenko finished the day in fifth on 1,124, with Naumov slipped to 10th but safely qualified for the finals.

Tomorrow will see the women's final take place, with the men's following on March 3.

The World Cup will conclude with the team relay on Sunday (March 4).

The UIPM is being hosted in the Egyptian capital Cairo for the fifth straight season.