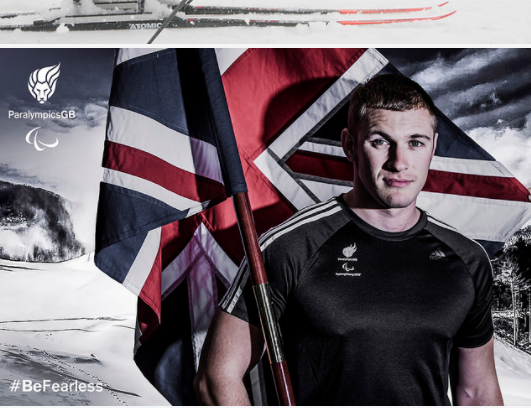 The British Paralympic Association (BPA) has today published a UK Athlete Classification Code which clearly sets out athletes' rights and responsibilities, and offers for the first time to deal directly with any potential grievances over mis-classification or intentional misrepresentation.

"What this code is doing essentially is setting out the rights and responsibilities for everyone involved in the sport," a BPA spokesman told insidethegames.

"In terms of substantive changes, there is a new second route for those who want to raise any issues over possible cases of intentional misrepresentation.

"In the past athletes or those associated with the sport have always had the option of going to their national governing body (NGB).

"What this new code does is offer an alternative route, saying that you can raise any concerns directly with us if you prefer.

"We recognise that sometimes an athlete would want to have a more independent opinion.

"Typically we would expect the NGB to be the first port of call, but if an athlete wants to raise a grievance or concern with us then we would work with UK Sport's Integrity Unit to review any evidence.

"But the key part of this code is its educational aspect - we need everyone involved in the sport to be able to understand clearly the process of classification."

The BPA consulted with more than 390 stakeholders, including sports and athletes, throughout the drafting of the code, which has taken more than a year to complete.

The publication follows the UK Government's Digital, Culture, Media and Sport Committee (DCMS) hearings on the issue of Paralympic sport at the end of last year.

Eleven-time Paralympic gold medal-winning wheelchair racer Baroness Tanni Grey-Thompson told MPs that British athletes were threatened with not being selected if they spoke out about classification concerns.

Michael Breen, father of T38 long jump world champion Olivia, alleged athletes did not speak out because they had been "intimidated and bullied".

He recounted a conversation with British Para-athletics head coach Paula Dunn in which he claimed she suggested Paralympic sprint champion Sophie Hahn was competing in the wrong category.

In a submission, the International Paralympic Committee (IPC) responded robustly to the charges, saying: "From his oral evidence, it is perfectly clear that Mr Breen - who has no expertise, qualification or training in the area of athlete classification - does not have a proper understanding of the subject.

"It is greatly concerning for all involved that his testimony contained so many factual inaccuracies that did nothing but serve his own objectives.

"At the same time we seek to improve the processes whereby classification concerns can be heard and voiced without fear, it needs to be noted that those who make complaints to the IPC also have a certain responsibility to accept merited results of an investigation.

The BPA spokesperson added that the code had not been published in response to the concerns raised at the recent hearings.

"This code has been in genesis from well before evidence was given to the DCMS Committee over the sport's governance," he said.

"The code was put together in response to the IPC's code issued in 2015, in which it asked National Paralympic Committees to do what they could to ensure the process was clearly understood.

"We are aware of one or two other national bodies who have done some work on classification, but we believe our code deals very thoroughly with the whole range of issues."

Tim Hollingsworth, chief executive of the BPA, added: "The classification of athletes is the bedrock of the Paralympic Movement, without it competitive sport is not possible, nor meaningful.

"That is why I am proud of our pioneering work on this new UK Athlete Code, which clearly demonstrates the BPA's leadership and commitment to enhancing the process to ensure it is better understood and delivered by all involved.

"Education for everyone engaged around the process - athletes, their families, the sports and other agencies in the sporting landscape - is crucial to this.

"We will do all we can to help those involved fully understand the new code and system and have access to the necessary support and advice.

"This will include the option to raise any concerns directly with the British Paralympic Association where an individual feels it necessary to remain independent of a sport's national governing body."

Sophie Christiansen, an eight times Paralympic gold medallist in equestrian and a member of both the BPA's Athlete Commission and Classification Advisory Group, which played a leading role in devising the code, said: "Education is at the heart of this as there is a lot of misunderstanding of the classification process and who is responsible for what, which can arouse suspicion.

"Anything that helps everyone better understand this is to be warmly welcomed and I think this code is a great positive step forward."

Classification establishes who can and cannot compete in Paralympic Sport and groups athletes into sport classes, depending on how much their impairment impacts functional activities in each specific sport or discipline.

The new classification code can be accessed here.

Christiansen's blog on the code can be found here.