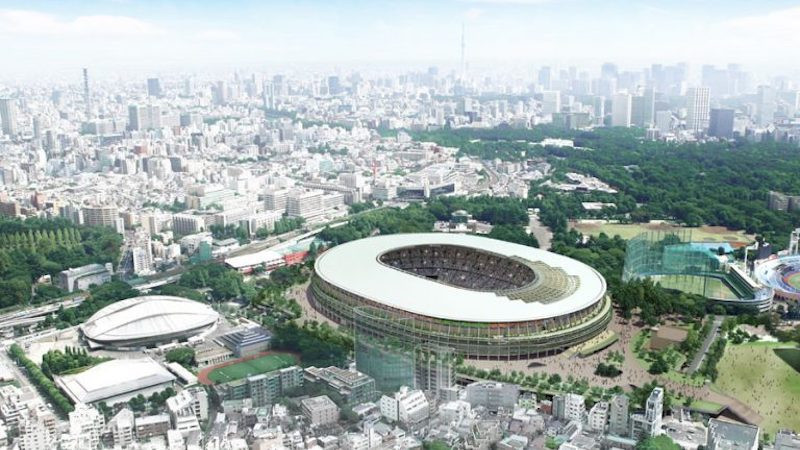 The Organising Committee for the Tokyo 2020 Olympic Games have reportedly confirmed that 87 per cent of the plywood panels used on the new Olympic Stadium in the Japanese capital will come from southeast Asian rainforests.

It has led to environmentalists criticising the Games for "a lack of sustainability" while the legality of the timber used has been questioned.

Tokyo 2020's admission, which is reportedly confirmed here, follows a request in December 2016 from 44 non-governmental organisations who were seeking assurances that timber used on Olympic projects would not be illegal, unsustainable or linked to human rights violations.

As reported by Climate Change News, Peg Put, a spokeswoman for Markets for Change, a group which campaigns against deforestation, expressed concern at the news.

"We are appalled by the substantial volume of tropical wood that has been used thus far and by the glaring lack of due diligence exercised to ensure the sustainability and legality of the wood being used," she said.

"The Committee failed to provide meaningful assurance that the timber used for Olympics construction was harvested legally and sustainably.

"It exposes the massive extent of irresponsible procurement."

The plywood used on the Olympic constructions is said to be used for "formwork or moulds", which environmentalists see as a wasteful use of tropical wood.

This includes indigenous people and workers.

There is, however, reportedly no obligation for Tokyo 2020 to trace the timber back to its original origins, even when it is sourced from high-risk areas such as Indonesia.

Figures show Indonesia is among the top 10 countries for suffering dense tree cover loss in 2016.

Hana Heineken, a senior campaigner for Rainforest Action Network said to Climate Change News: "The overwhelming majority of wood used [in the Tokyo Stadium] was uncertified plywood extracted from tropical rainforests in Indonesia, an epicentre of biodiversity that is suffering from one of the world's highest rates of deforestation."

A Tokyo 2020 comment, sent to insidethegames, read: "Tokyo 2020's Sustainable Sourcing Code stipulates the use of timber products certified by the Programme for the Endorsement of Forest Certification or the Forest Stewardship Council or similar; suppliers are required to ensure that the timber they procure meets these criteria.

"The Tokyo 2020 Organising Committee, the Tokyo Metropolitan Government and the Japan Sport Council can confirm that these products have been procured in compliance with the legal and sustainability provisions of the Tokyo 2020 Sustainable Sourcing Code.

"These provisions are actually stricter than those stipulated under existing Japanese law."