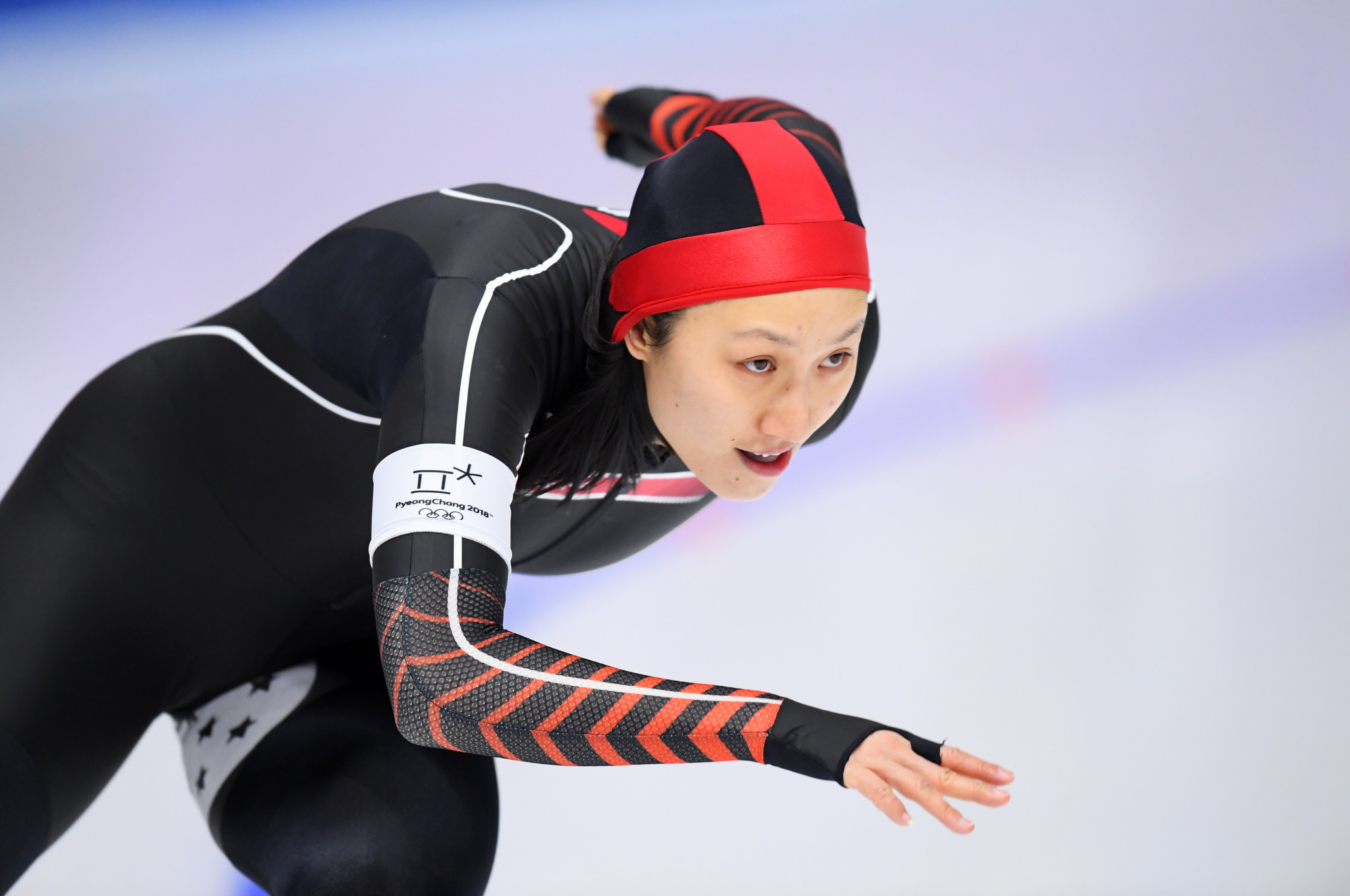 Zhang, who initially finished fourth in the vote of the athletes competing at the 2018 Winter Olympic Games, replaces compatriot Yang Yang on the Commission.

The Executive Board proposed Zhang take the third and final available place on the Commission after Finnish ice hockey player Emma Terho and American cross-country Kikkan Randall were elected following the athletes vote.

The Athletes Commission berth was available due to the departure of Yang, the two-time Olympic champion whose term had come to an end.

Zhang finished fourth in the athletes vote behind Norwegian cross-country skier Astrid Uhrenholdt Jacobsen having polled a total of 787 votes.

The IOC Executive Board recommend she take up the last place to ensure a better "continental and geographical representation" on the Athletes' Commission.

Zimbabwean swimmer Kirsty Coventry was officially confirmed as the head of the Commission, replacing outgoing chair Angela Ruggiero of the United States for the next two years.

Coventry, a double Olympic champion, also takes up a place on the IOC Executive Board.

Terho and Randall, winner of an historic gold medal at the 2018 Games here, were also officially confirmed as members.

The 36-year-old Finnish athlete received 50 votes from the 51 members present for the Session here.

Randall, 35, was given 45 votes, while there were three who voted against.

Zhang, who received 46 yes votes with two abstentions, steps in for Yang as the third Chinese IOC member.

Yu Zaiqing, an IOC vice-president, and former badminton player Li Lingwei are the other members from the country due to host the next edition of the Winter Olympic Games in Beijing in 2022.

Zhang is part of the Chinese Olympic Committee Executive Board.

She also served as an ambassador for Beijing's successful bid for the 2022 Winter Olympics.

Terho was part of the Finland teams which clinched ice hockey Olympic bronze medals at Nagano 1998 and Vancouver 2010.

It is the third consecutive IOC Athletes' Commission election at the Winter Olympics that a female ice hockey player has been voted in following Ruggiero at Vancouver 2010 and Canada's Hayley Wickenheiser at Sochi 2014.

Terho is already a Board member of the Finnish Olympic Committee and Finnish Ice Hockey Federation.

She is the second member from Finland alongside Sari Essayah, who joined the IOC in 2016.

Randall was a member of the American squad which won the team title at the 2013 World Championships in Val di Fiemme.

She joins fellow Americans Anita DeFrantz and Larry Probst on the IOC.