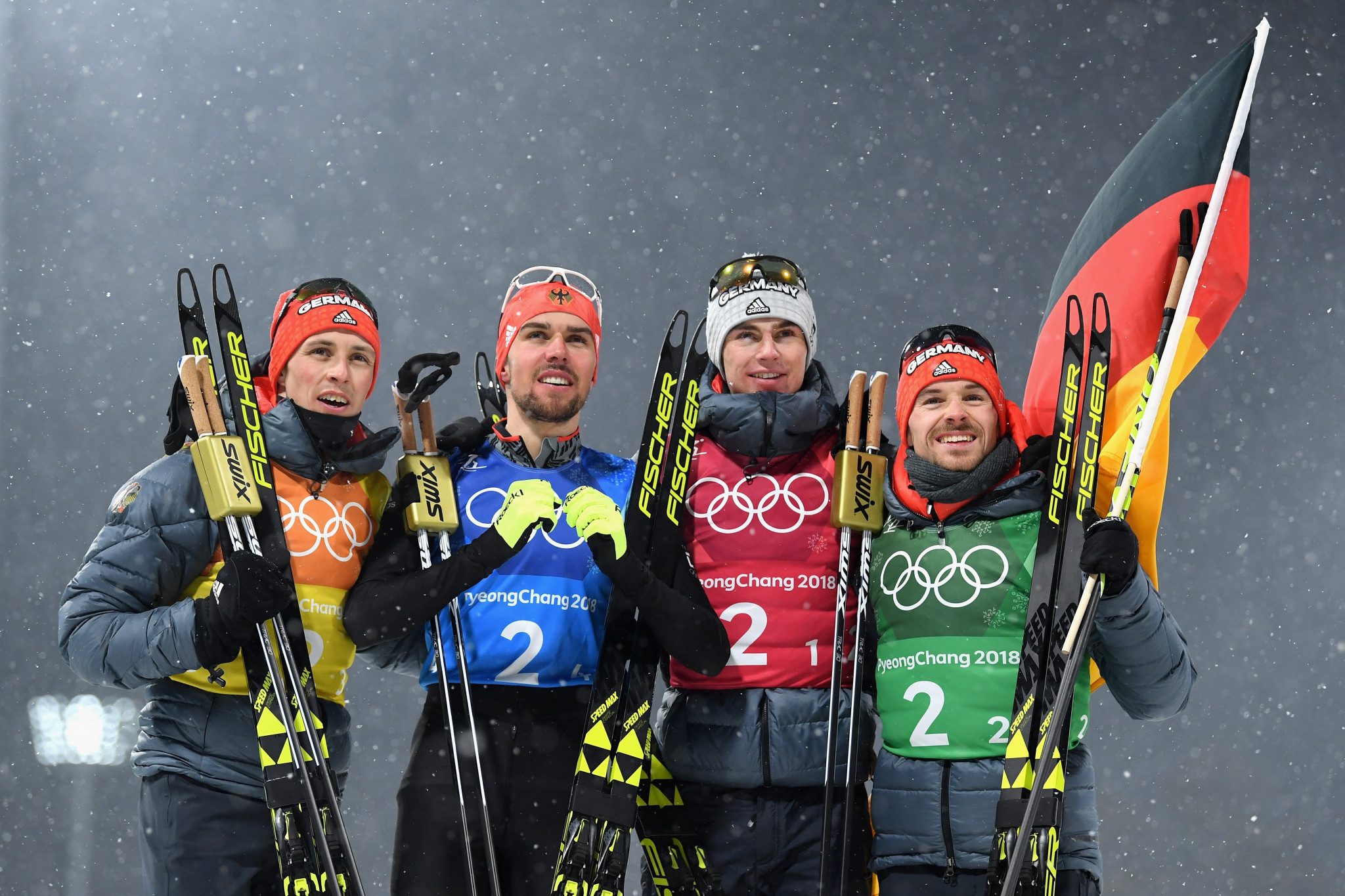 Germany won their first Nordic combined team Olympic gold medal for 30 years today to make it a clean sweep of victories in the sport at Pyeongchang 2018.

The quartet of Vinzenz Geiger, Fabian Riessle, Eric Frenzel and Johannes Rydzek triumphed in a time of 46min 9.8sec, beating defending champions Norway - whose team was made up of Jan Schmid, Espen Andersen, Jarl Magnus Riiber and Joergen Graabak - by 52.7 seconds.

Germany, the reigning world champions, began the 4x5 kilometres cross-country relay race six seconds behind Austria, who were first out of the gate after winning the large hill ski jumping competition with 469.5 points.

But following a dominant performance, Rydzek carried the German flag over the line to secure his country’s first Olympic team gold medal since Calgary 1988.

"I could enjoy the cross-country part because my team-mates did an amazing job," he said.

"It's so much fun to win together."

Frenzel added: "It was not so easy because at the beginning of the season we had problems on the jumping hill.

Germany join Finland as the only country to win three gold medals in the sport in one Winter Olympics.