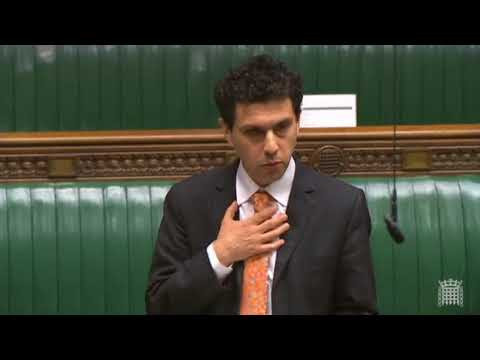 Several members of the British Parliament have asked the Government to support basketball with the sport receiving no funding from UK Sport.

The decision not to fund basketball, which Sport England say is the third-most played sport in the country, was made after national teams failed to gain medals at international competitions, including the Olympic Games.

As a result of the funding cuts, the British Basketball Federation have said that they will run out of money in April, leaving British basketball players in limbo.

Alex Sobel, the Labour member of Parliament for Leeds North West and chairman of the All Party Parliamentary Group (APPG) for basketball, is leading the campaign to reconsider the funding for the sport and has accused UK Sport of elitism.

"Teams like those in disadvantaged communities in Sheffield, in Leeds, in London, and in other urban centres, have high aspirations and want one day to play for our national team," he said.

"None of these sports are within reach of the young people we see playing basketball.

"This [basketball] is an urban sport, and one which attracts black, Asian and minority ethnic communities in large numbers," he said.

"Why is it that canoeing, equestrian, rowing and cycling all do so much better?

"Where is the equity in that formula?

"And can the Minister [Sports Minister Tracy Crouch] satisfy herself that there is no unconscious or unintended bias in the way that judgements are being made about that funding?

"Urban communities right across the country require us to have the prospect for young people to reach those hoop dreams that they have.

"This debate is fundamentally important because we are looking at a crucial moment for basketball in this country.

"But we absolutely need the prospects of being successful in the elite game.

"It ultimately is about whether we are going to throw that away, after all that effort that has been put in."

Sobel and the APPG have made recommendations to the Government in a bid to see basketball's funding reinstated.

They say that sports' funders need to provide a short-term solution for the next three seasons so that British players can still compete at an elite level.

They are also calling for a review of sports funding in the long term with the focus shifted away from medal potential and instead placed on socio-economic factors.

The group have also called for Ministers to intervene in UK Sport’s recent decision and urged them to undertake a review of the funding for the 3x3 squad to compete at the Tokyo 2020 Olympic Games.

The smaller sided game will make its Olympic debut in the Japanese capital.