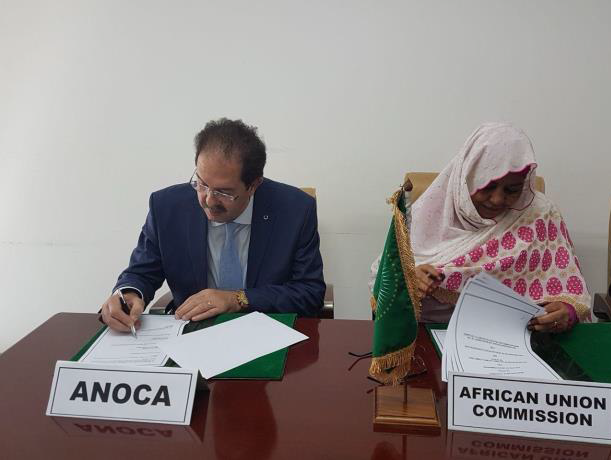 The Association of National Olympic Committees of Africa (ANOCA) have signed an agreement with the African Union to take control of the organisation and management of the African Games.

The multi-sport event has previously been organised by the Sports Council of the African Union - an umbrella group of continental Governments - rather than ANOCA.

In October 2016, a provisional agreement was signed in Cairo between ANOCA, the African Union Commission and the Association of African Sports Confederations (AASC) in what was hailed as an important step towards relieving tensions between the three groups.

The African Union would keep ownership of the Games, it was decided, while ANOCA would organise, manage and run them.

The AASC would be placed in charge of the technical components of the Games.

A meeting at the African Union's headquarters in Addis Ababa took place to formally confirm the new agreement, with a Memorandum of Understanding (MoU) signed.

It is claimed the agreement provides each party with the legal framework required to strengthen cooperation.

"This is a first step and we will ensure that efforts are joined going forward, for the sake of the youth of Africa and to ensure that sport remains a tool of development in the continent," said Elfadil.

"I am very optimistic that as a team we will achieve the objectives outlined in the Memorandum of Agreement."

The news comes amid uncertainty surrounding next year's African Games, after Equatorial Guinea announced that they would no longer be able to organise the event.

While there are reports Lusaka in Zambia may host the Games, there has been no confirmation from ANOCA as to whether it will take place there.

Joao Manuel, ANOCA vice-president, claimed the agreement with the African Union will boost the future of the Games.

"The challenge ahead is great, but we are confident that together we shall succeed," he said.

"This is a notable game changer to the efforts deployed for years by the leaderships of the African Union, ANOCA and UCSA.

"A new page is being turned and African sports leaders have shown through this act that they are determined to give the African Games a facelift."

The Games has been held on 12 occasions since an inaugural edition in Brazzaville in 1965 - with the Republic of Congo's capital also hosting the most recent edition in 2015.