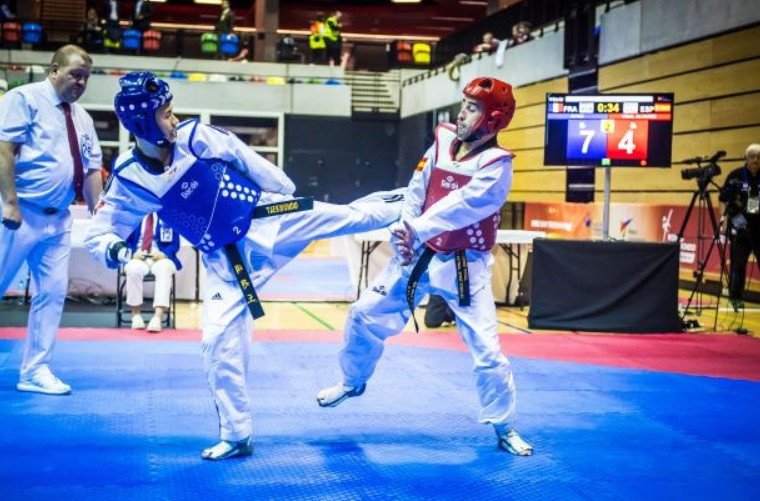 World number one Para-taekwondo player Bopha Kong is looking to build on his recent World Championship success and is aiming to win every competition he enters in 2018.

The Frenchman has had an excellent start to the 2018 season, winning the 61 kilogram K44 US Open title in Las Vegas, defeating Canada's Anthony Cappello 12-0 in the final.

The 36-year-old, who has two European titles and an International Wheelchair and Amputee Sports Federation (IWAS) World Games Championship under his belt, says he wants to be "the most beautiful competitor in the world of taekwondo".

Kong, however, expressed his frustration at the limits often placed on him and spoke about how this influences his role as a mentor to younger athletes.

"Too often I feel that people want to put me in the 'disabled' box," he said in an interview on the International Paralympic Committee website.

"I don't want to train only young athletes that are disabled.

"I want to train young athletes in difficult situations too."

The 2017 world champion, who was forced to switch from boxing to Para-taekwondo after losing his hands in an accident at the age of 18, also described how taekwondo has helped him in his personal life.

"It develops a respect for the world in you, a sense of community, and a feeling of empathy."

"The one that wins [the Paralympic gold] is the best of the best," he said.

"This achievement is my dream - to be the best in the world.

"Coming up against the best players makes me feel more alive and helps me push beyond my limits."

Bopha also commented on the growth of Para-taekwondo in recent times.

"Para-taekwondo competition is growing and becoming much stronger technically," he said.

"To the point that some fighters could probably compete with [able-bodied] ones."