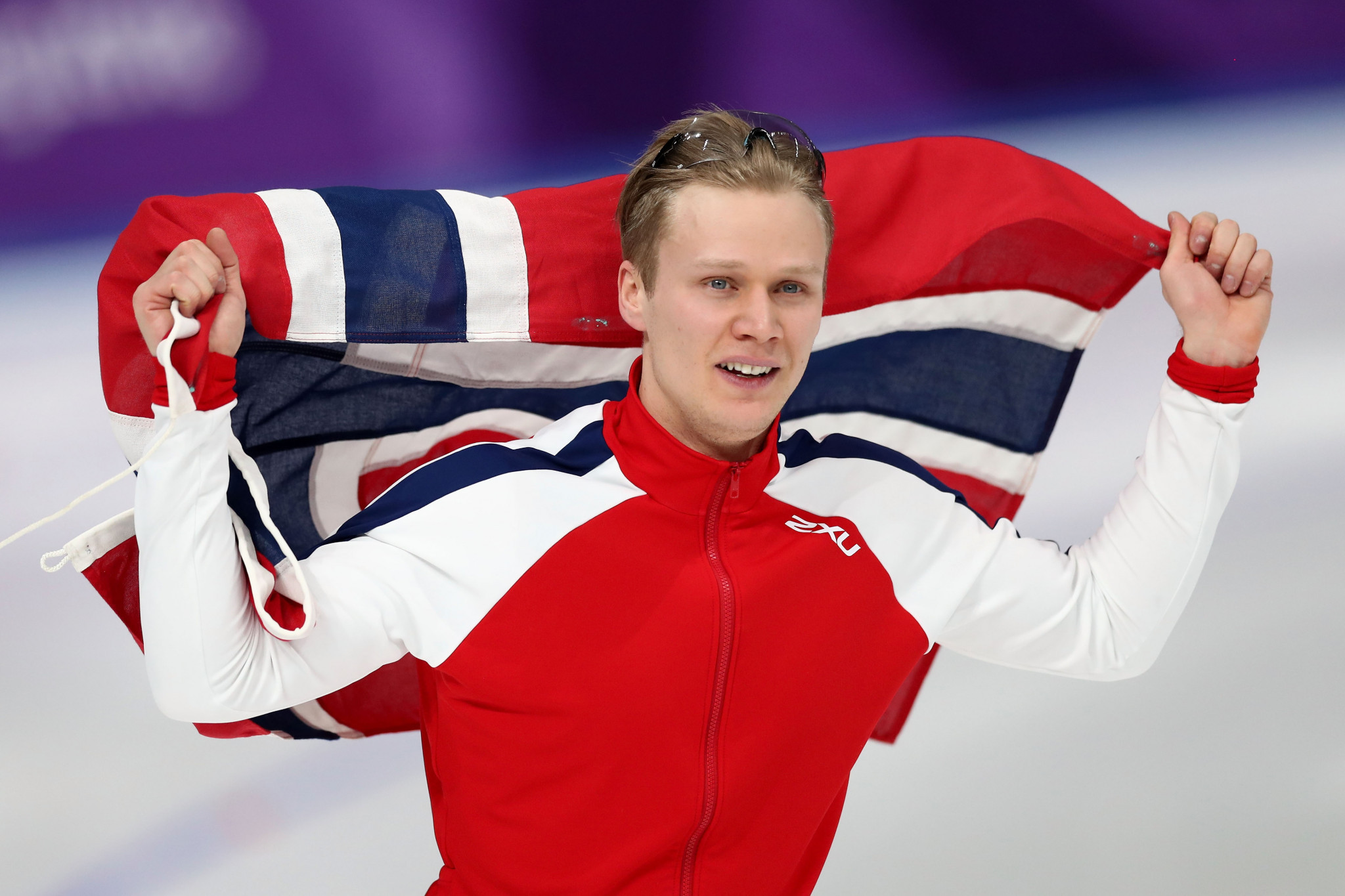 Lorentzen, the current World Cup leader over the distance, clocked 34.41sec to clinch his maiden major international title in style at the Gangneung Oval.

Cha Min-kyu had earlier given the host nation every chance of topping the podium when he equalled the Olympic record of 34.42.

The Norwegian then took to the track and went 0.01 under the time posted by the South Korean to deny him victory in front of a home crowd.

His triumph saw him become the first Olympic speed skating champion from his nation since Ådne Søndrål claimed gold in the men's 1,500m at the 1998 Games in Nagano.

Gao Tingyu of China took home the bronze medal to round off a podium absent of any competitors from The Netherlands.

Dutch skaters had won six of the nine titles in speed skating at the Games here before today's 500m competition and had also earned three silvers and two bronze.

Lorentzen's gold was the 27th medal for Norway at Pyeongchang 2018, a Winter Olympic record for the country.

"It's the best race I've ever done," said Lorentzen.

"It's been 20 years since the last gold medal (for) Norway in speed skating, so it's been a while.

"It's time for Norway to step up on the top of the podium again.

"It feels so good to do that today."

The victory also ended a troubled period in Lorentzen's career, which was halted after he suffered a nasty accident on the ice 18 months ago.

"Two and a half years ago I had a big crash on the ice in training and cut off half my calf," he added.

"Ever since then training has been good.

"I've come back stronger than ever and the last two seasons have been amazing.

"Now to crown it with Olympic gold, it's unbelievable."