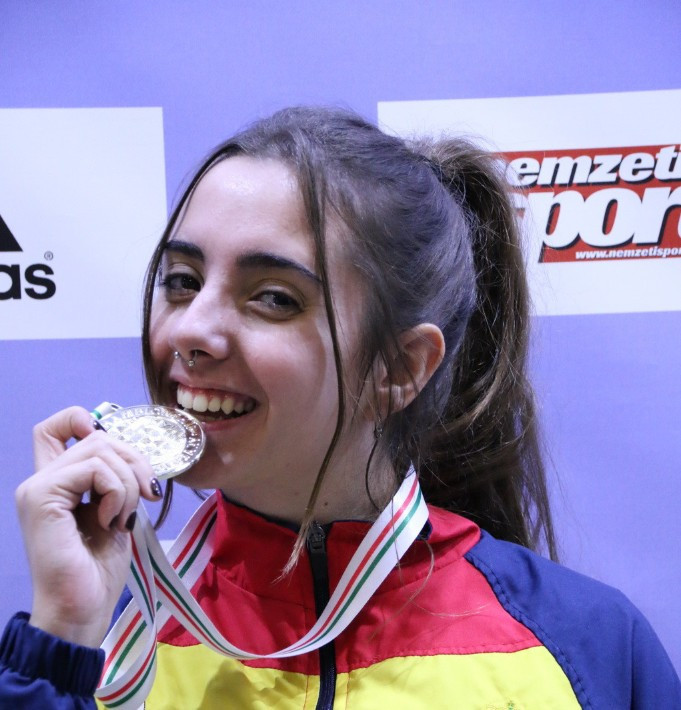 Spain’s Gloria Fernandez booked her place at the 2018 Summer Youth Olympic Gmess in Buenos Aires by coming out on top in the 10 metres air pistol women’s youth event at the European Shooting Championship in Hungarian city of Györ.

With senior competition not due to start until Tuesday (February 20), junior athletes were given their chance to book places at at Buenos Aires 2018.

Fernandez, 17, collected 233.7 points in her nine shots, 0.7 ahead of Iana Enina of Russia to eventually secure the gold medal at the at the Audi Aréna.

After her victory, Fernandez said: "I tried to stay calm for the whole final.

"I knew that I could shoot well and I am proud of myself.

"When I passed Enina, I said to myself that I have all the skills to win if I continue in the same way.

"This was my first time at an international competition and also my first final - that’s why it was so exciting.

"I have practiced shooting for four years now but the future plans are a little bit unclear still.

"Of course, I will compete here in this championship and let’s see what will happen.

"I was and I’m still very excited so it is a little bit difficult to understand this entirely."

Vanessa Seeger of Germany claimed the bronze medal in the event, and with it a place at Buenos Aires 2018, thanks to a points total of 213.1.

Enina did not secure a place for the Youth Olympics as Russia have already claimed their quota places, meaning Georgia’s Nino Khutsiberidze, who finished fourth, has qualified for Buenos Aires 2018.

Ulbrich kept his nerve to register a score of 10.5 points in the shoot-off as Shamakov could only manage a total of 8.8.

After his win, Ulbrich said: "The qualification was very difficult and it was very hard to rise up again after some bad hits, but the main thing was that I could reach the final.

"My start in the final was terrible and I was very nervous.

"Then I started to get better hits and it was really exciting final.

"Fortunately I made some good hits so we reached equal results with Grigorii.

"I was very nervous during the shoot-off, but I think that was Grigorii too.

"I was probably less nervous and the lucky one."

Ulbrich is still not 100 per cent sure he will travel to Buenos Aires 2018 as there will still be a qualification tournament in Germany.

As was the case with Enina in the women's event, Shamakov and today's bronze medallist Denis Goncharenko did not book their seats on the plane to Buenos Aires due to Russia already claiming their quota places.

This means Bulgaria's Plamen Emilov and Armenia's Hayk Babayan, who finished fourth and fifth respectively, claimed the quota places instead.