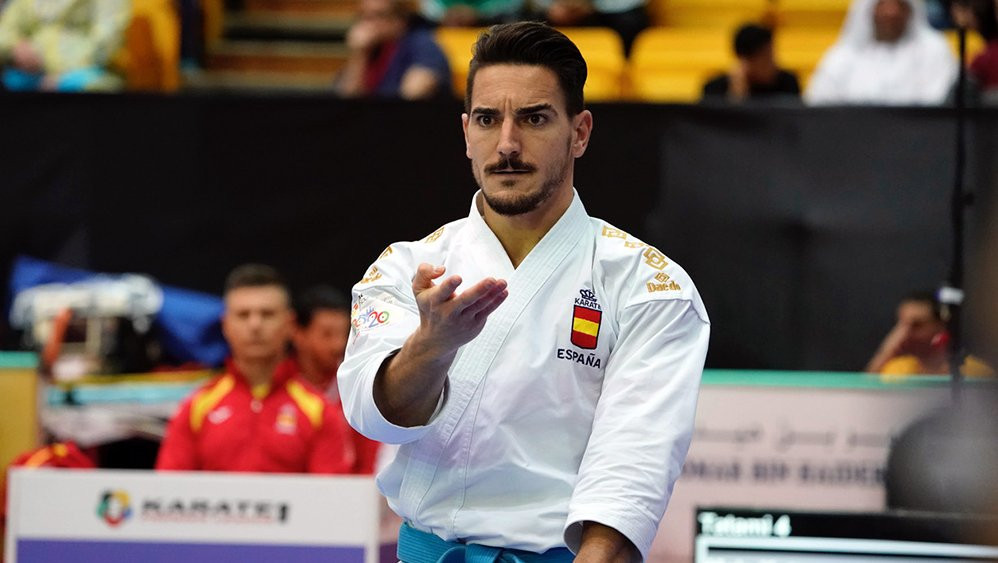 Damian Quintero, who has taken silver and bronze medals in the two big events so far this year, will go for gold in tomorrow’s final day of the Karate 1-Premier League in Dubai.

Spain’s European champion, third in the last Premier League event in Paris and second in last week’s Karate Series A competition in Guadalajara, gave a master display en route to the kata final.

Quintero dominated the pool by winning all of his bouts by 5-0 and then defeated Turkey’s Ali Sofuoglu 4-1 in the semi-final.

It will be Quintero’s third final in Dubai after taking gold in the last two editions of the tournament in the Emirate city.

"I am very glad that I could make it to the final," he said.

"It would be my third gold in Dubai but it will be very difficult as I have to face [world champion] Ryo Kiyuna."

The final of the male kata competition will thus be a repetition of the title-deciding bout of the last World Championships.

The showdown of two different kata styles will be something to behold.

Japan’s Kata hero Kiyuna, winner of the last Karate 1-Premier League in Paris, qualified for the final after winning all his bouts by 5-0.

It will be Kiyuna’s 15th final in international competitions as the two-time world champion has not lost a bout in major events since November 2013.

Quintero was one of several defending Grand Winners who produced impressive power as China's Xiaoyan Yin and Japan's Ayumi Uekusa also prevailed to take their golden karate-gis to the finals of the second stop of the season of the World Karate Federation's flagship event.

The 24-year-old Yin moved through to the final of the female kumite under 61kg with a tally of 16-3 in three bouts and then beat Joane Orbon of the United States 3-1 to reach the final.

Yin, aiming at her second gold in Karate 1-Premier League this season after her victory in Paris, will meet Serbia’s Jovana Preković in the final.

The current European champion is seeking gold in her first appearance this season and following her victory in the closing event of last season in Okinawa.

Meanwhile, in the over 68kg category, the current Ayumi, whose year-long winning streak was ended early in the Paris event, got back to business as usual in Dubai.

The current world champion prevailed in the pool with a tally of 7-4 in three bouts and edged past Spain’s Maria Torres 1-0 to get into the final.

The title-deciding bout of the category is set to be another of the highlights of the tournament as Ayumi will now meet France’s European champion Anne Laure Florentin.