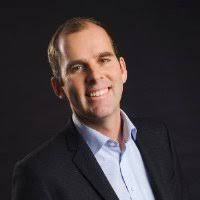 Stockholm plan to press ahead with their bid for the 2026 Winter Olympic and Paralympic Games, chief executive Richard Brisius has promised, even though there remain fears a lack of political support for the campaign could sink it.

Brisius told insidethegames at the Winter Olympic Games that the Swedish capital would "definitely" enter the race by deadline of March 31 set by the International Olympic Committee (IOC) for cities to formally apply.

It was only seven months ago that Stockholm Mayor Karin Wanngård warned there was no chance the city would officially bid for the Games.

Brisius claimed those who were previously against any possibility of the city entering the contest were beginning to come around to the idea and they were gradually gaining the political support they required to be a realistic candidate.

It is thought those who do not back the bid are the right-wing parties in the city's coalition.

A spokesperson for the Mayor had previously told insidethegames this week that "Stockholm does not have the broad political majority necessary to move forward with a bid to host the 2026 Winter Olympics".

Brisius, though, brushed that off.

"Our intention is definitely to submit but it is with us as we feel to do this is an enormous project," he said here.

"To make the most of it for Sweden, we want to have the broad support.

"If I look at what has happened over the last nine months, it feels realistic.

"I am a sportsman and a bit superstitious and you can’t take anything for granted.

"But sometimes in life you feel this is good and we have something good going.

"The Mayor is very clear and is totally supportive, she thinks this is a great thing but she says that she has not got the support from the coalition in the city."

Brisius, who is also President of the round-the-world Volvo Ocean Race, revealed the bid would largely be privately funded and would not put a strain on taxpayers.

A lack of clarity over finances was among the main issues raised by Wanngård last year.

"Everyone has concern about the economics and finances but then when they understand what the financial case looks like they think it is pretty good," said Brisius.

"Because it is not something that will put a lot of pressure on the economy or put taxpayers at risk like it used to do.

"Previous bids have required big investment of tax money and that is not at all the case."

Doubts remain, however, over the extent of the support from political parties.

In a statement, the Mayor's spokesperson said the Social Democrats were the only group behind the bid.

"Unless more parties openly declares their support a bid is unlikely," the spokesperson added.

Stockholm withdrew from the race for the 2022 Winter Olympics in January 2014 due to a lack of political support.

A bid had initially appeared on the cards this time when Brisius was appointed managing director of Stockholm 2026 in April.

The Swedish capital had launched a feasibility study in January.

The IOC opened the candidature process for the 2026 Winter Olympics and Paralympics in September and invited cities to express their interest.

The IOC Session is due to vote in Buenos Aires in October over which cities formally proceed to a one-year candidature stage of the contest.

Sapporo in Japan, Sion in Switzerland, Calgary in Canada and the Austrian cities of Graz and Schladming are other contenders.