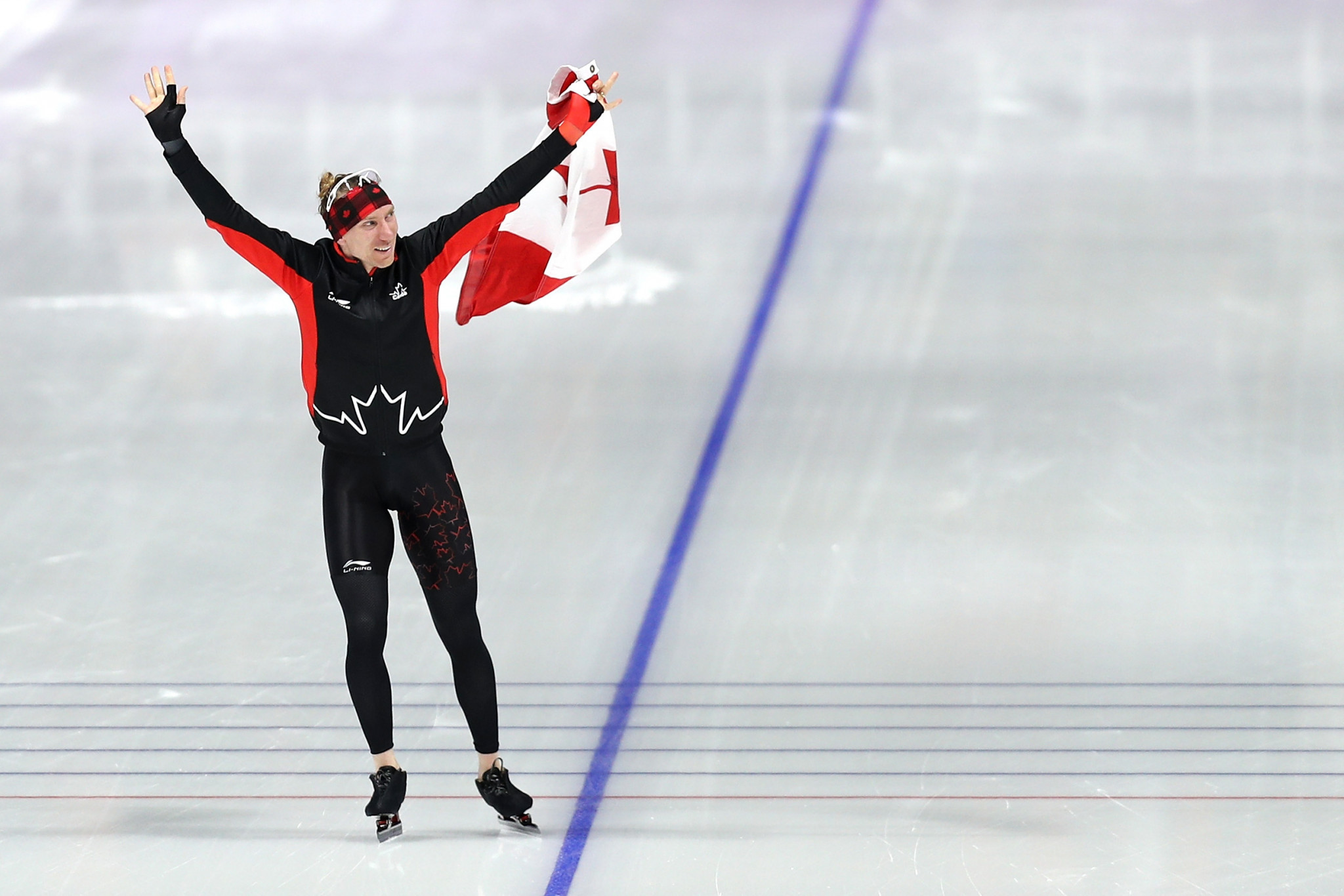 The 31-year-old crossed the finish line in 12min 39.77sec to better the previous mark, set by defending champion Jorrit Bergsma of The Netherlands just moments earlier, by 2.21 seconds at the Gangneung Oval.

He becomes only the second male speed skater to win individual gold for Canada at the Olympics, joining Gaétan Boucher who won the 1,000m and 1,500m events in 1984.

The only other Canadian that has reached an Olympic podium in the men's 10,000m is Frank Stack, the bronze medallist in 1932.

"It's going to take a while for all this to sink in," Bloemen, who was born in Dutch town Leiderdorp and obtained Canadian citizenship in 2014, said.

"It's hard to say what's going through my mind.

"It's been very emotional.

"It's the biggest stage I've ever been on and to win here is the highest you can get."

Bergsma had earlier broken his own Olympic record, which he set to win gold at Sochi 2014, by 2.47 seconds.

The Netherlands' Sven Kramer, the Sochi 2014 silver medallist and one of the favourites for gold here, finished sixth and could not add to the 5,000m title he had already won in Pyeongchang.

It marked his worst result in a 10,000m international competition since coming ninth in a World Cup race in Heerenveen in December 2011.

"I was fighting and I wasn't coming in the flow - I had a pretty hard time," Kramer said.

"I was working too much from the beginning and it didn't come easy.

"It wasn't good enough and those 25 laps are pretty far."

Prior to today, the Dutch had won all five of the events contested.

The women's 5,000m event is due to take place tomorrow.