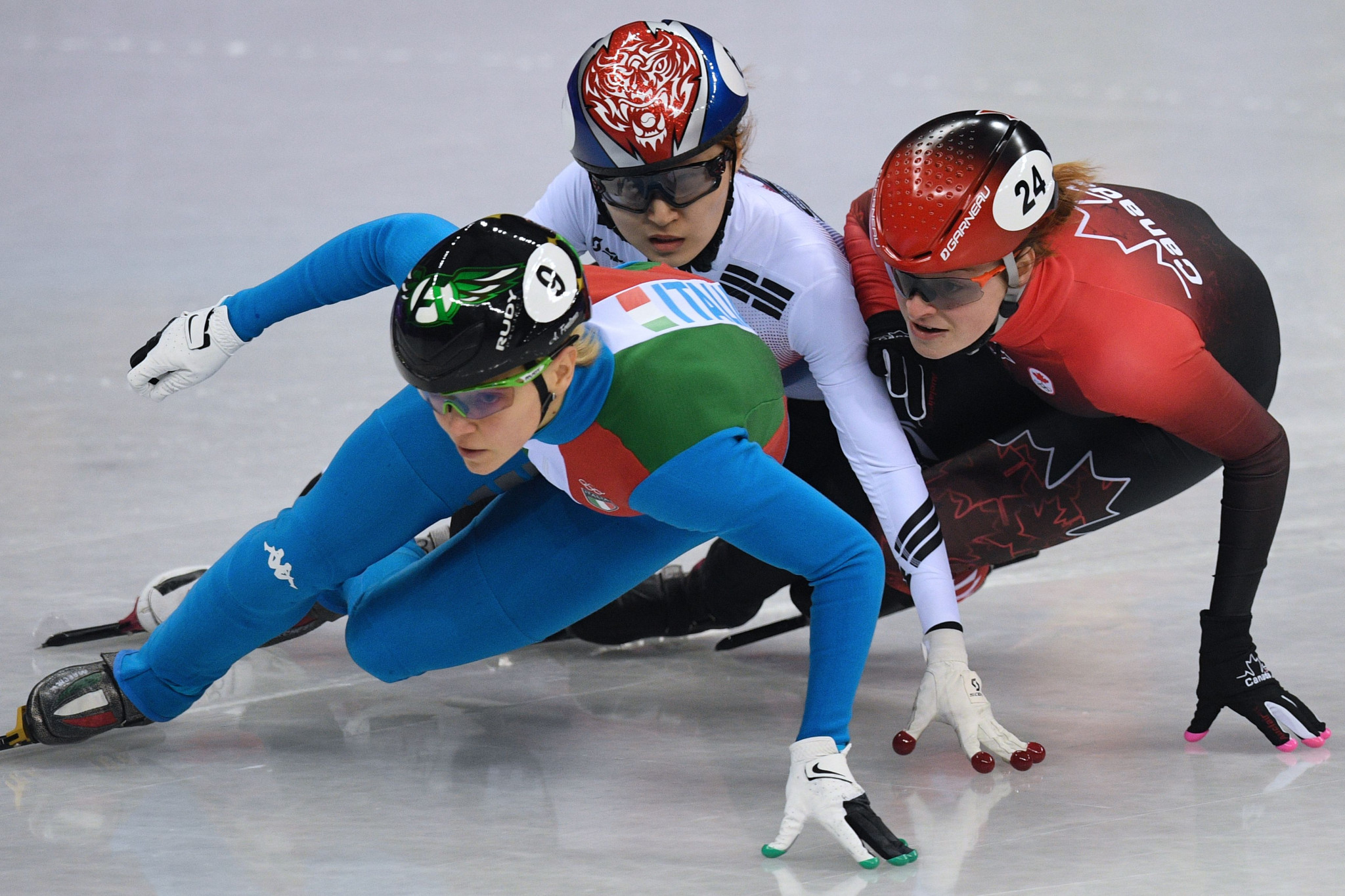 Online attacks and death threats have reportedly been issued against Canadian short-track speed skater Kim Boutin after she benefited from a South Korean disqualification to win an Olympic bronze medal here.

The threats have been described as "regrettable" by the International Olympic Committee (IOC).

Choi was then disqualified for interfering with the Canadian, meaning van Kerkhof and Boutin moved up to second and third respectively.

This prompted a furious response from thousands of South Korean fans on social media, leading to Boutin making her Twitter and Instagram accounts private.

"Congratulations on a dirty medal," one message said, according to Radio-Canada.

"You had been teaching Kim Boutin how to cheat, Canada!!"

Another comment reportedly read: "If I find you, you will die.

"Retire and I hope you have a hard life."

According to Aol.com, many of the comments featured knife emojis as well as calling the speed skater "f****** bitch".

"Clearly what we want is for great performances to be applauded and that’s what the Olympic Games is about," IOC Presidential spokesperson Mark Adams said.

"We’re not in control, nor should we be, of social media and unfortunately these incidents do come up from time to time.

"I haven’t seen the comments, but I can imagine.

"All we can do is say, let’s concentrate on what was a great performance and congratulations by the way to Canada for the bronze medal - I was there last night and it was pretty amazing."

The IOC received so many emails that their server reportedly crashed while thousands of critical letters, many including death threats, were sent to Ohno.

Footballer Ahn Jung-hwan, involved in the lighting of the Olympic Cauldron at the Opening Ceremony of Pyeongchang 2018, even celebrated a goal against the United States at the FIFA World Cup that year by imitating the movements of Ohno during the race.

"The health, safety and security of all our team members is our top priority and as such we are working closely with Speed Skating Canada, our security personnel," the Canadian Olympic Committee told the Toronto Star today.

"We will not make further comment on this issue, so that Kim can focus on her upcoming events."