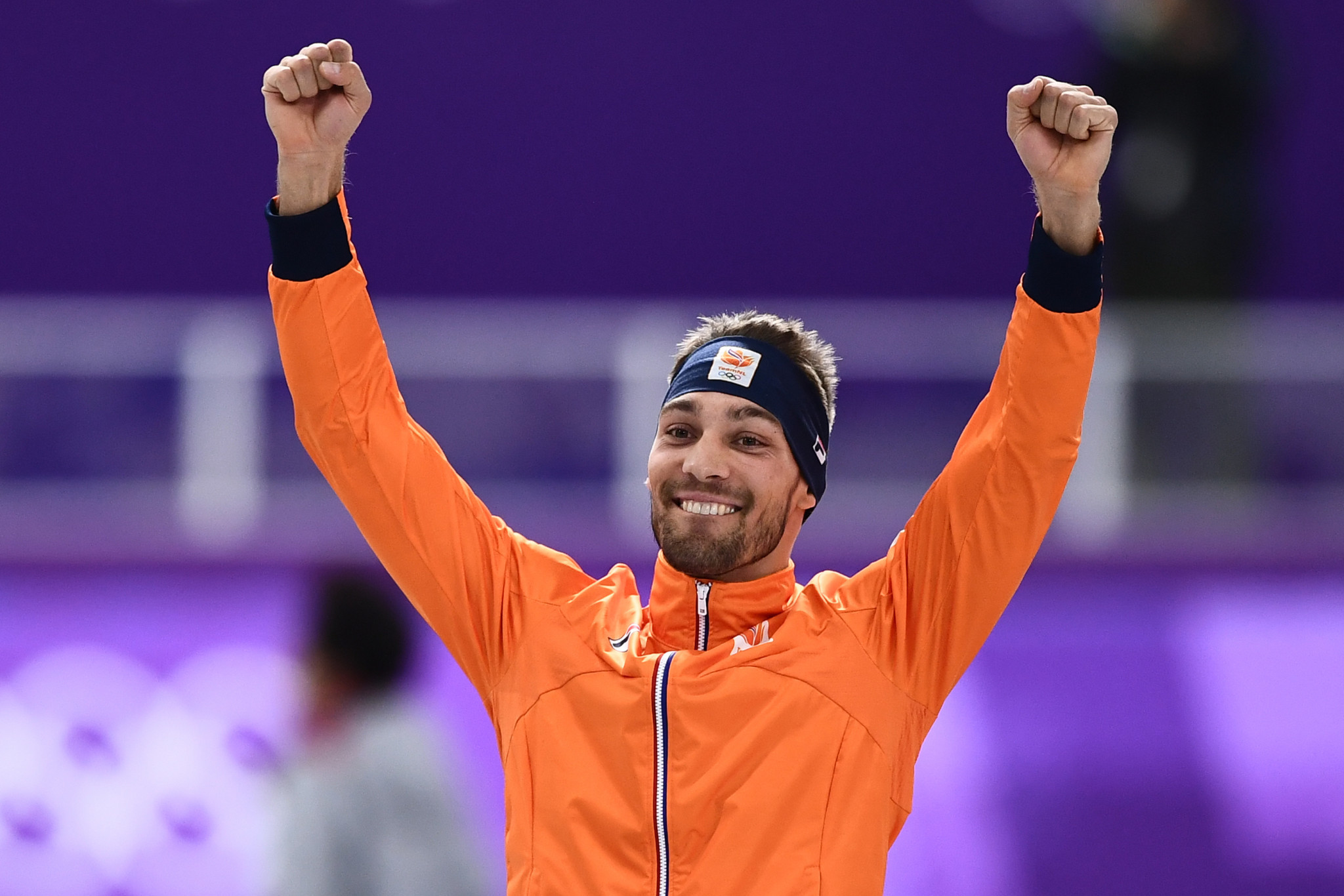 Kjeld Nuis continued The Netherlands' domination of the Pyeongchang 2018 speed skating events by winning the men's 1,500 metres gold medal at the Gangneung Oval this evening.

Eight of the 12 medals won at Pyeongchang 2018 so far have gone to The Netherlands, including all four golds.

It keeps them on the sensational medal pace set at Sochi 2014, where they finished with 23 out of the 36 speed skating medals.

"I can't even describe the feeling, it's really weird," Nuis said of his victory.

"I have to calm down just a little.

"[After my race] I thought okay, this is worth something."

Rounding out the podium was home South Korean favourite Kim Min Seok, who clocked a time of 1:44.93.

"I didn't think I would get the medal, but I'm pretty happy that I was able to," he said.

"It's the biggest honour as an athlete to win an Olympic medal."

A high-profile absentee from the 1,500m event was world record holder Denis Yuskov, who was barred from competing here as part of the ban on Russia.

He was among the athletes rendered ineligible due to having served previous doping suspensions.

Yuskov was cleared of wrongdoing by an International Olympic Committee Disciplinary Commission in January in connection with alleged doping at Sochi 2014, but he served a four-year ban for taking marijuana from 2008.

Speed skating medal action at Pyeongchang 2018 is due to resume tomorrow.