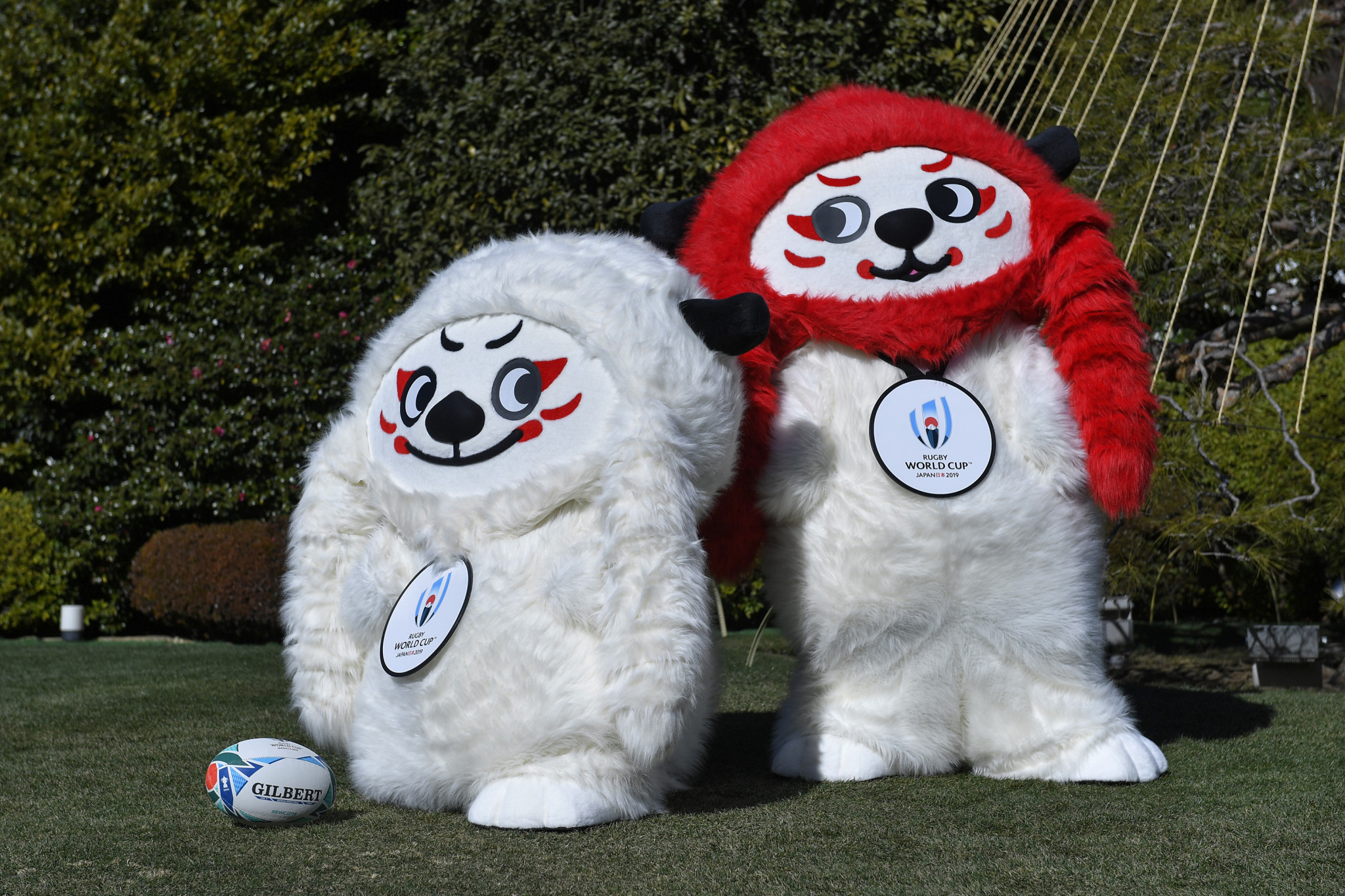 Ren and G have been announced as the official mascots of the Rugby World Cup 2019 in Japan whilst World Rugby have encouraged fans to take up one of the last opportunities to buy stadium ticket packs.

Ren and G, a father and son pair, are based on traditional storytelling characters from ancient Japanese culture and are said to embody rugby's values of integrity, passion, solidarity, discipline and respect.

Ren is the father with white hair and G is the red-headed son.

The concept of the two mascots is based on sacred, lion-like creatures from Japanese mythology called shishi, who are said to bring happiness and ward off evil.

The mascots' faces also take the shape of a rugby ball.

Ren and G will travel around Japan in the run-up to the tournament to promote Asia's first Rugby World Cup in various communities by visiting host cities, schools and legacy programmes.

The duo will also be used for marketing purposes.

Akira Shimazu, the chief executive of the Japan Rugby Organising Committee expressed his delight at the mascot design.

"Ren-G has a very Japanese feel to it," he said.

"When it was decided that Japan would play host to the Rugby World Cup, which is a first for both Japan and Asia, it brought the five values of rugby - integrity, passion, solidarity, discipline, and respect - together with the ancient spirit of Japan and our mascot was born.

"As Ren-G embodies the values of rugby, they will spread the spirit of rugby from Japan to Asia and to the rest of the world and will help us with building excitement towards Rugby World Cup 2019."

"It is fantastic to see rugby's values and Japan's traditions come together and we look forward to following their journey as they travel the length and breadth of the country sharing the spirit of rugby."

Rugby World Cup 2019 organisers have also been urging fans to snap up the last available stadium ticket packs with the deadline for purchase falling at 2:59pm GMT today.

Tournament director Alan Gilpin said: "We are delighted by the strong demand for Rugby World Cup tickets, both in the host nation and around the world.

"The team and stadium packs have proven very popular and are only available for a few more hours, so our message to fans is to apply now."

World Rugby say the team and stadium ticket packs are a "key phase in an accessible ticketing programme that aims to give the Japanese public and fans around the world the best-possible chance of securing Rugby World Cup 2019 tickets".

Once today's window closes, a ballot will be run and all applicants will receive a message from the tournament's Organising Committee at the end of the month confirming whether or not they were successful.

The 2019 Rugby World Cup will take place from September 20 to November 2.