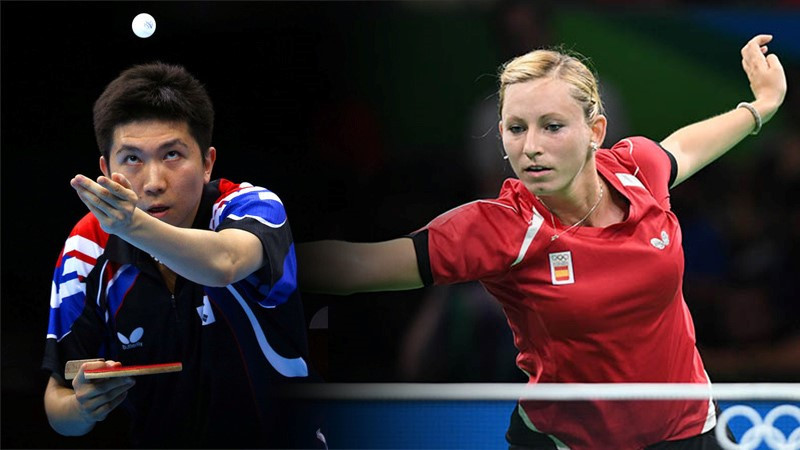 The International Table Tennis Federation (ITTF) said that the duo will support the athletes through activities and workshops, as well as by offering advice on skills development, healthy lifestyles and possible future careers.

Ryu, a South Korean who won the men's singles title at the 2004 Olympic Games in Athens before claiming bronze and silver at Beijing 2008 and London 2012 respectively, expressed his delight at his new role.

He currently serves as a member of the International Olympic Committee (IOC) where he is part of the Athletes' Commission.

"I'm very honoured to be appointed as an athlete role model," he said.

"Thank you for giving me this great opportunity and I will put all my effort to share my experience with my young athletes.

"As an International Olympic Committee member and Olympian, I will do my best to inspire them."

Dvorak, a Spanish international, added: "I am thrilled about being an athlete role model for the Youth Olympic Games and to be taking part in this amazing and inspiring programme.

"I am looking forward to participating in the planned activities and to share my experiences with the goal of inspiring the young athletes to be the best they can, both on and off the field of play.

"In the same way, I believe that this experience and the contact with the young athletes will be a very enriching experience for me and I am sure that I will learn a lot from them."

The two senior athletes will be accessible to the competitors at both the Youth Olympic Village and the competition venue at Buenos Aires 2018.

The table tennis event at Buenos Aires 2018 will take place at Tecnópolis Park from October 6 to 18 and will feature 32 male and 32 female athletes who will be aiming for gold medals in the boys' singles, girls' singles and mixed team competitions.