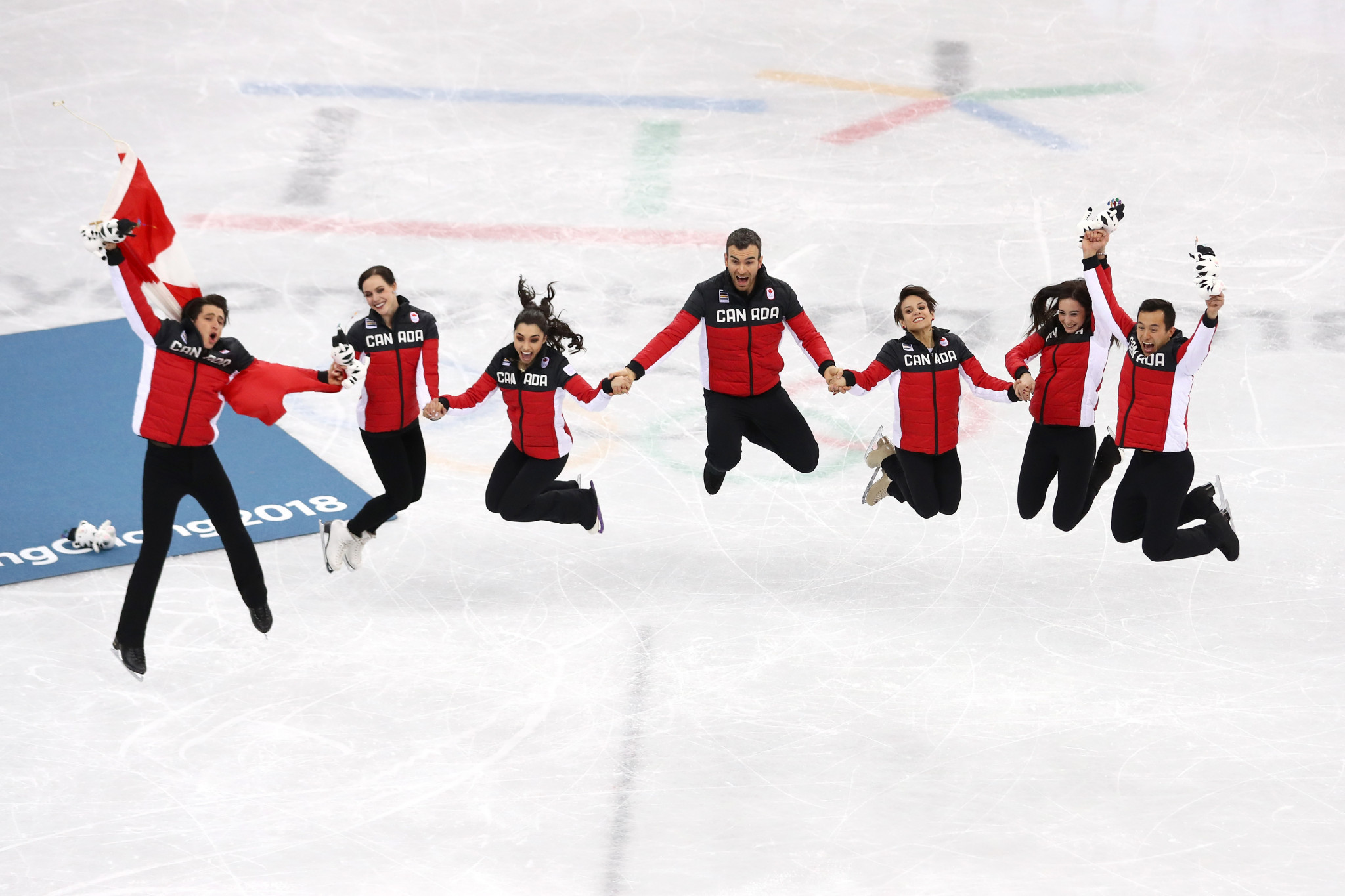 Tessa Virtue and Scott Moir completed the team event in style after Gabrielle Daleman had secured the Olympic gold medal for Canada at the Gangneung Ice Arena today.

The Canadian side - arguably the strongest of the competition after several other countries fielded weakened teams in preparation for the individual events - already had the title sewn up thanks to Daleman's third place in the women's singles this morning.

Daleman's routine, which was rewarded with a score of 137.14 points, gave Canada an unassailable lead over the Olympic Athletes from Russia (OAR).

It meant the pressure was off for Virtue and Moir and they took full advantage, scoring a huge 118.10 to earn Canada the full compliment of 10 points.

The OAR claimed silver, the second medal of the Games for the team competing as neutrals here, as they were seven points adrift of Canada's total of 73.

The brother-and-sister duo of Alex and Maia Shibutani, dancing to the popular Coldplay hit Paradise, finished second in the ice dance with 112.01 to secure the bronze medal for the United States.

The event was lacking star names such as reigning Olympic men's champion Yuzuru Hanyu of Japan, who skipped the team competition as he continues his recovery from injury, and Evgenia Medvedeva of the OAR.

Hanyu and Medvedeva are among the respective favourites in figure skating's blue riband men's and women's events, due to be held on Saturday (February 17) and February 23 respectively.

The US team included Olympic debutant Adam Rippon, the openly-gay was involved in a pre-Games row with Vice-President Mike Pence.

Rippon was critical of Pence leading the American delegation here due to his controversial views on gay rights.

"We’re really proud of ourselves because we weren’t happy with our approach in Sochi.

"We felt we were too casual and were using it more as a simulation.

"Winning this event is like winning hockey and curling and it’s very similar in our country.

"We’re glad that we took it seriously and came out on top against two very, very good teams."