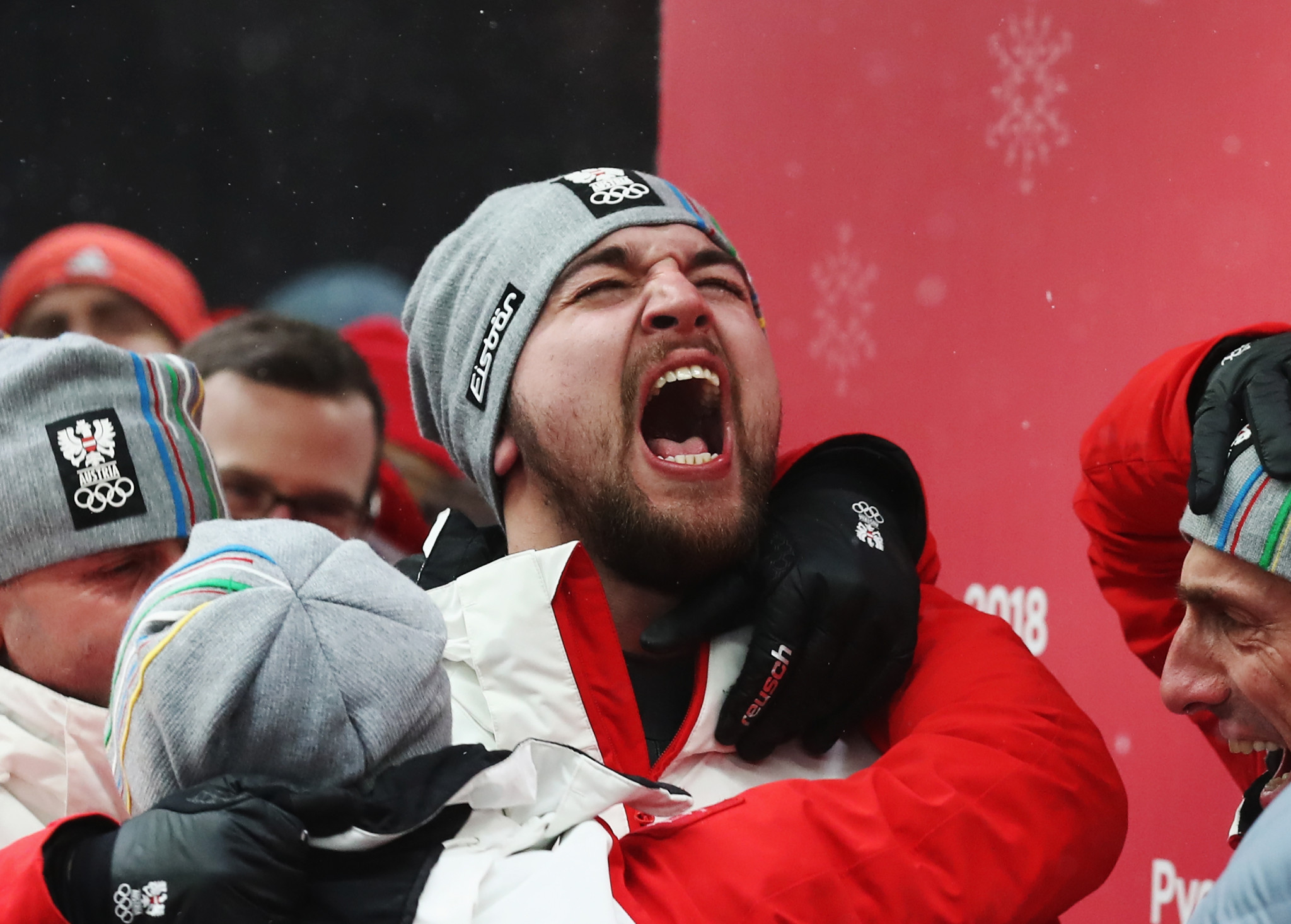 Felix Loch faltered within sliding distance of a third consecutive Winter Olympic gold medal in the men's luge here today as an error-strewn final run enabled David Gleirscher to leapfrog him for a shock victory.

The Austrian rose from third in a dramatic final run.

It made him the first Austrian champion since Manfred Schmid in Grenoble 1968 and first medallist since Markus Prock at Salt Lake City 2002.

He guaranteed achieving that feat with a smooth run to take the lead and clock a total time of 3min 10.702sec.

United States' Chris Madzer, who had broken the track record with a 47.534 on run three, led Gleirscher heading into the final turn only to miss out by 0.026 seconds.

Germany's Loch then began what many expected to be his victory procession.

The 28-year-old looked flawless in his first three runs and seemed destined to repeat his victories at Vancouver 2010 and Sochi 2014.

This was not to be, however, as he hit the wall twice and lost all momentum before slumping to fifth place.

His father ran onto the track to console him as he could barely contain his disappointment.

Fellow countryman Johannes Ludwig benefited from his misfortune to snatch the bronze medal in 3:10.932.