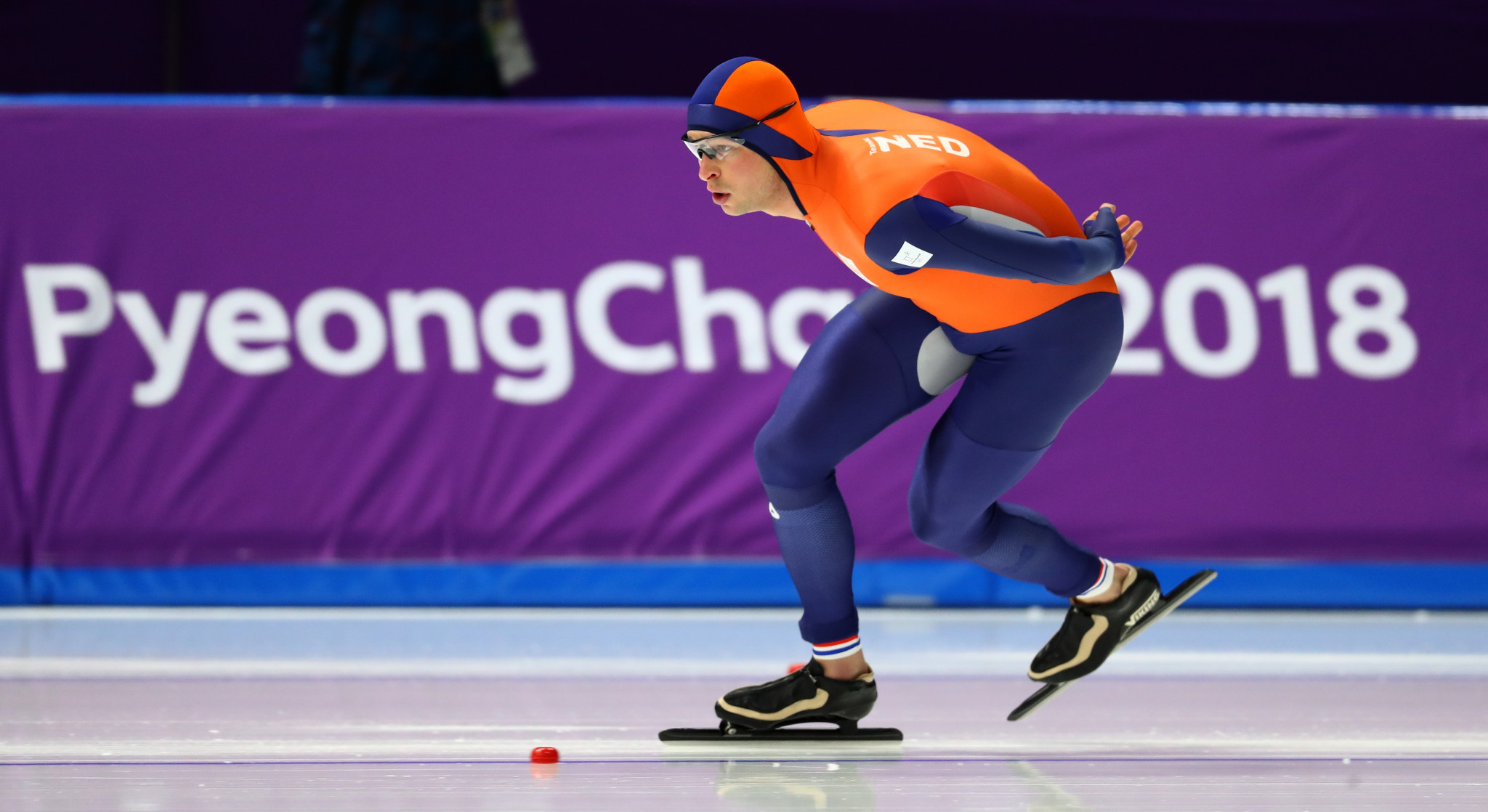 The 31-year-old multiple world champion arrived in the South Korean resort as one of the favourites and did not disappoint.

He clocked 6min 09.76sec to win another Olympic gold medal at the Gangneung Oval.

It made him the first speed skater to win three Olympic gold medals in a single event.

The 5,000m event, the second-longest distance in speed skating at the Olympic programme, was billed as a straight battle between Kramer and Canadian Ted-Jan Bloemen.

It was exactly that as world record holder Bloemen, competing in his first Olympic Games at the age of 31, laid down a marker of 6:11.616 for Kramer to beat.

The Dutchman timed his race to perfection, gradually building pace before a rapid last section propelled him to victory.

Norway's Sverre Lunde Pedersen, who skated in the same pair as Bloemen, won the bronze medal as he completed his laps in a time of 6:11.618.

"I was a bit lucky that those skaters were in front of me,"said Kramer.

"They started pretty fast but by the end they were blowing up their legs a bit so I changed my strategy a bit.

"I started with 29-second laps and they started a bit faster than me.

"Overall, I think it was a good strategy for me.

"For sure, it's nice to have three gold medals in a row in the five kilometres and it's nice to make history."

"But I’m trying to recover as soon as possible from this and look forward to the next competitions."

The result added to the strong start from the Dutch team after Carlijn Achtereekte led a cleansweep for the nation in the women's 3,000m yesterday.