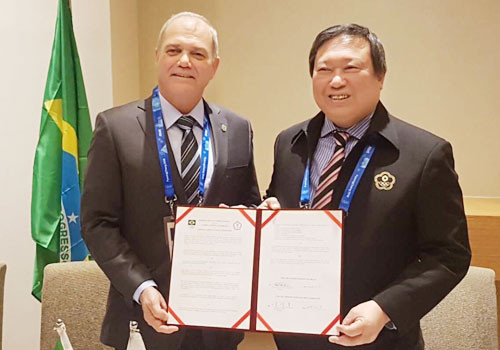 The MoU was signed to facilitate cooperation between the two National Olympic Committees.

During the signing of the MoU , CTOC President Hong-Dow Lin congratulated the city of Rio de Janeiro for a successful 2016 Olympic Games.

During his address to the guests, Lin claimed that the social change as a result of the Olympic Games would benefit future generations and the legacy would stand as an invaluable lesson for future major event host cities.

They have never won a medal at the Winter Olympic Games.

Chinese Taipei are due to be represented by four athletes at Pyeongchang 2018.