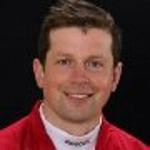 Jablonic's role will see him work with players, coaches and parents in Illinois where he will lead age-appropriate training, competition and athlete development programmes.

Upon the appointment, senior director of hockey development for USA Hockey Kevin McLaughlin said: "Dan brings a wealth of knowledge and experience.

"He has an extensive playing and coaching background along with a tremendous passion for our sport at the grassroots level.

"We're excited to have him as part of our ADM staff."

Great Job by @wlcdirector Dan Jablonic coaching young players from China with @Capitals & ORG Hockey is for Everyone pic.twitter.com/zvYoIUeKDJ

In his professional playing career, Jablonic played for National Collegiate Athletic Association Division I side Bulldogs from 1993 to 1997 and finished his career at Swedish team Skelleftea AIK.

It was at Skelleftea AIK where Jablonic began his coaching career, serving as assistant coach of the under-18 team and then the under-20 team before being promoted to the first team.