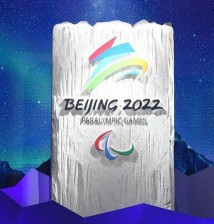 There will be no new sports on the programme at the 2022 Winter Olympic Games in Beijing, it was confirmed here today.

"Beijing has not asked for any new sports on the programme," the Spaniard told delegates during the 132nd IOC Session here.

"We are happy with that and will not be proposing any."

IOC Sports Director Kit McConnell had highlighted earlier this week a supposed gap between "popularity, participation and global audiences" in the seven sports currently on the Winter Olympic programme with all the others currently lobbying to be added.

There is also a concern about increasing the scale and cost of the Winter Olympic Games.

It is still likely, however, than new events within existing sports could be proposed for inclusion.

A proposal is due to be made by the IOC Coordination Commission in June this year before being confirmed at an IOC Executive Board meeting the following month.

There are four new events are featuring on the Pyeongchang 2018 programme: big air in snowboarding and freestyle skiing, mass start in speed skating and mixed doubles in curling.

Short-track speed skating was the last new sport on the Winter Olympic programme when it was introduced at Albertville 1992, although curling returned at Nagano 1998 after a 74-year absence following its only other appearance in Chamonix in 1924.