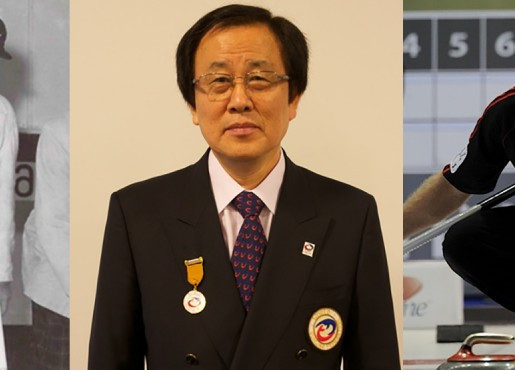 The World Curling Federation (WCF) have announced that Elmer Freytag, Young C. Kim and Kevin Martin have been inducted into theirHall of Fame.

Freytag, an American who died in 1978, was one of the founding members of the International Curling Federation, now WCF, and drafted its original constitution.

The World Curling Hall of Fame award was known as the Elmer Freytag award until 2012.

Fellow builder inductee Kim founded the Korean Curling Federation in 1988 and would fly instructors into the country to help get the sport up and running in the early days of the organisation.

The South Korean was on the WCF Board from 2008 and 2014 is currently serving as a special advisor to the WCF for the Winter Olympics in Pyeongchang, where he will receive his award.

Martin is arguably one of the world’s most recognisable curlers and claimed the Olympic gold medal at Vancouver 2010.

He also competed at the 1992 Olympics in Albertville in France, where curling was demonstration sport, as well as at the 2002 Games in Salt Lake City, where he won a silver medal.

The 51-year-old also has a World Men’s Curling Championship title to his name along with 18 Grand Slam wins.

"Once again in 2018, we will induct more of curling’s finest servants of the game," WCF President Kate Caithness said.

"Elmer Freytag, Young C. Kim and Kevin Martin are names synonymous with the sport of curling and the good health it finds itself in today."

The WCF claim that the Hall of Fame award is "the highest ‘non-playing’ honour" that the World Curling Federation can bestow.

It recognises outstanding achievements and contribution to World Curling.