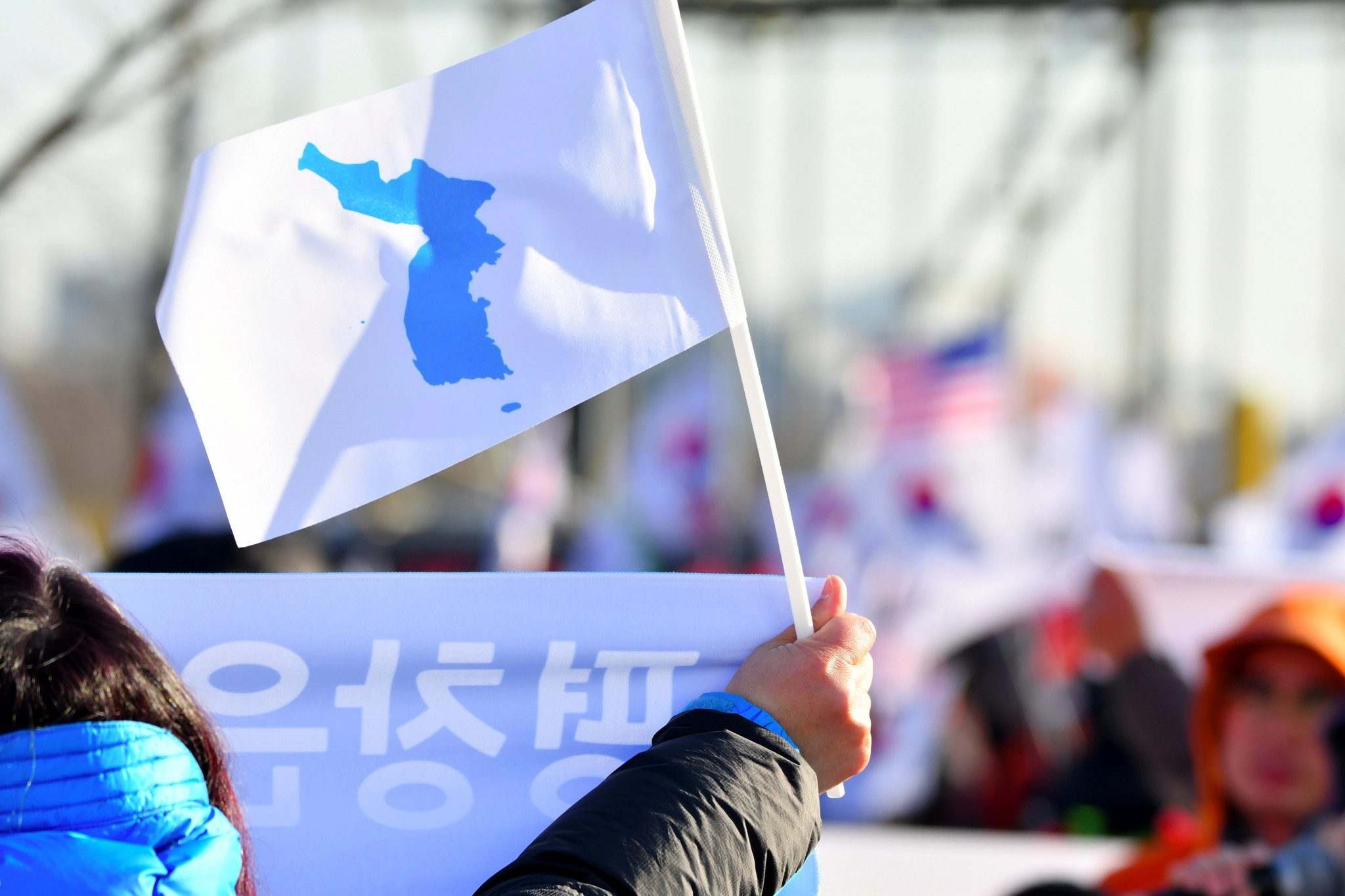 Japan today lodged a protest with South Korea over the Korean unification flag that includes the Takeshima Islands in the Sea of Japan.

The flag appeared during a warm-up match for Pyeongchang 2018 between the unified Korean women’s ice hockey team and Sweden in Incheon last night.

"The flag is unacceptable and very regrettable in light of Japan's position on the Takeshima islets’ sovereignty. In response to this case, we have delivered Japan's stance and expressed our strong protest to the South Korean side through diplomatic channels," Japanese Chief Cabinet Secretary Yoshihide Suga said today.

The unification Flag is an unofficial flag used to represent athletes from South Korea and North Korea as one team in sporting events.

It was used for the first time when the two countries competed as a joint team in the 1991 World Table Tennis Championships in Japan and the FIFA World Youth Football Championship in Portugal.

It was also used by the national teams of the two Koreas during the Opening Ceremonies of 2000, 2004 and 2006 Olympic Gmes when the two countries marched together.

The islands, which have also been known as the Liancourt rocks, have been administered by South Korea since 1954.

Japan, however, has been disputing Seoul’s sovereignty over the territory, with both sides stating that they have long-standing historical ties to the island group.

Last month, Seoul demanded the Japanese Government close a new museum exhibiting items that back Tokyo’s claim to the islets.