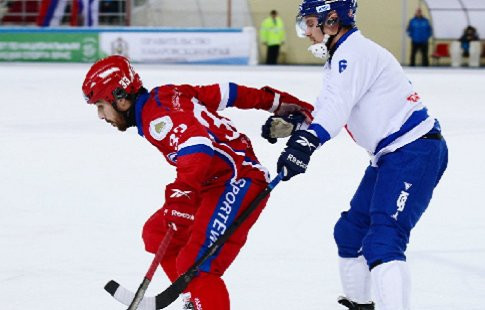 Hosts Russia and defending champions Sweden both qualified for the final of the Men's Bandy World Championship in Khabarovsk.

Russia dominated their semi-final match against neighbours Finland from the start and raced into a 4-0 lead after just 22 minutes in front of 6,186 spectators at the Arena Yerofey.

Finland failed to recover from this and conceded another four and scored just two of their own, making the final score 8-2.

Twelve-time champions Sweden had a much tougher route to the final as they came up against Group B winners and tournament top goalscorers Kazakhstan.

However, Christoffer Edlund's hat-trick ensured that his side booked their place in the showpiece event with a 5-4 win overall.

Tomorrow’s final will be the 16th time that Russia and Sweden have contested for the competition's gold medal since the break-up of the Soviet Union in 1991.

Finland and Kazakhstan's semi-final losses mean they will play for the bronze medal.

Earlier in the day, the United States secured fifth place in the tournament with a 3-2 win over Norway thanks to Mike Carman's 72nd-minute winner.