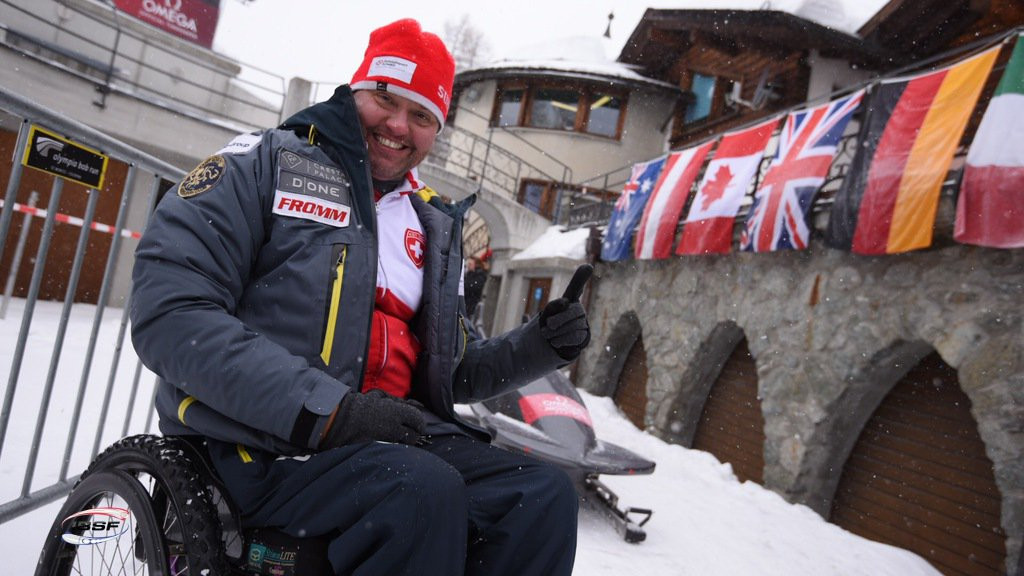 Mapp extended his lead at the summit of the leaderboard to 86 points after he finished third today.

Stewart took the win in a combined time of 2min 31.93sec, 0.07 quicker than Latvia's Arturs Klots.

Mapp sealed yet another podium finish after he clocked a total time of 2:32.18.

The result saw him move to the brink of the World Cup crown prior to the season finale in the Swiss city tomorrow.

The Briton has 974 points, with Canadian Lonnie Bissonnette second on 888 points.

Bisonnette, the defending overall champion, is locked in a three-way battle for second place with Stewart and recently-crowned European champion Alvils Brants of Latvia.

Stewart's triumph in the season's finale moved him to 880 points, eight ahead of Brants, who is currently fourth.

The completion of the World Cup season will then see attention turn towards the World Championships.

The Championships are due to take place in Lillehammer on March 10 and 11.