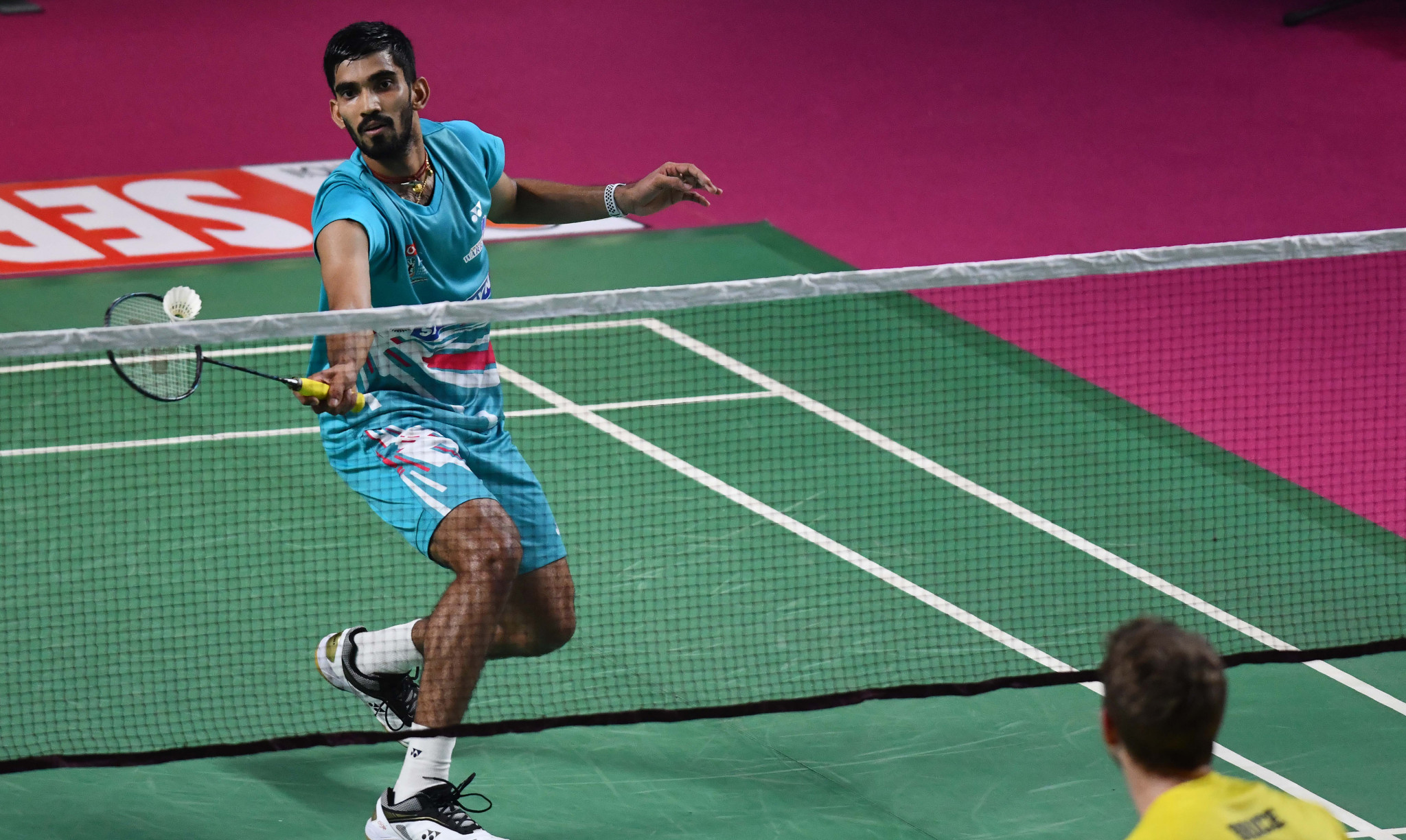 The Indian star was unable to recover from losing a tight first game of his second round singles match against Malaysia’s Iskandar Zulkarnain at the HSBC BWF World Tour Super 500 event.

Zulkarnain pressured the home favourite throughout the match at the Siri Fort Indoor Stadium to eventually emerge as a 21-19, 21-17 winner.

There were better fortunes for India's eighth seed Sai Praneeth, who overcame Hong Kong's Hu Yun by a 21-10, 21-15 score.

The hosts were able to celebrate success for PV Sindhu in the women's singles draw, with the top seed proving untroubled in her second round tie.

Her compatriot and former world number one Saina Nehwal was also a comfortable winner.

Elsewhere in the draw, Spain’s Carolina Marin appeared to be heading towards defeat against Gao Fangjie, after the Chinese player won the first game of their match 21-13.

The Olympic champion responded in impressive fashion to turn the match around, with the Spaniard ultimately triumphing 12-21, 21-15, 21-11.

Competition will continue tomorrow, with finals scheduled to take place on Sunday (February 4).