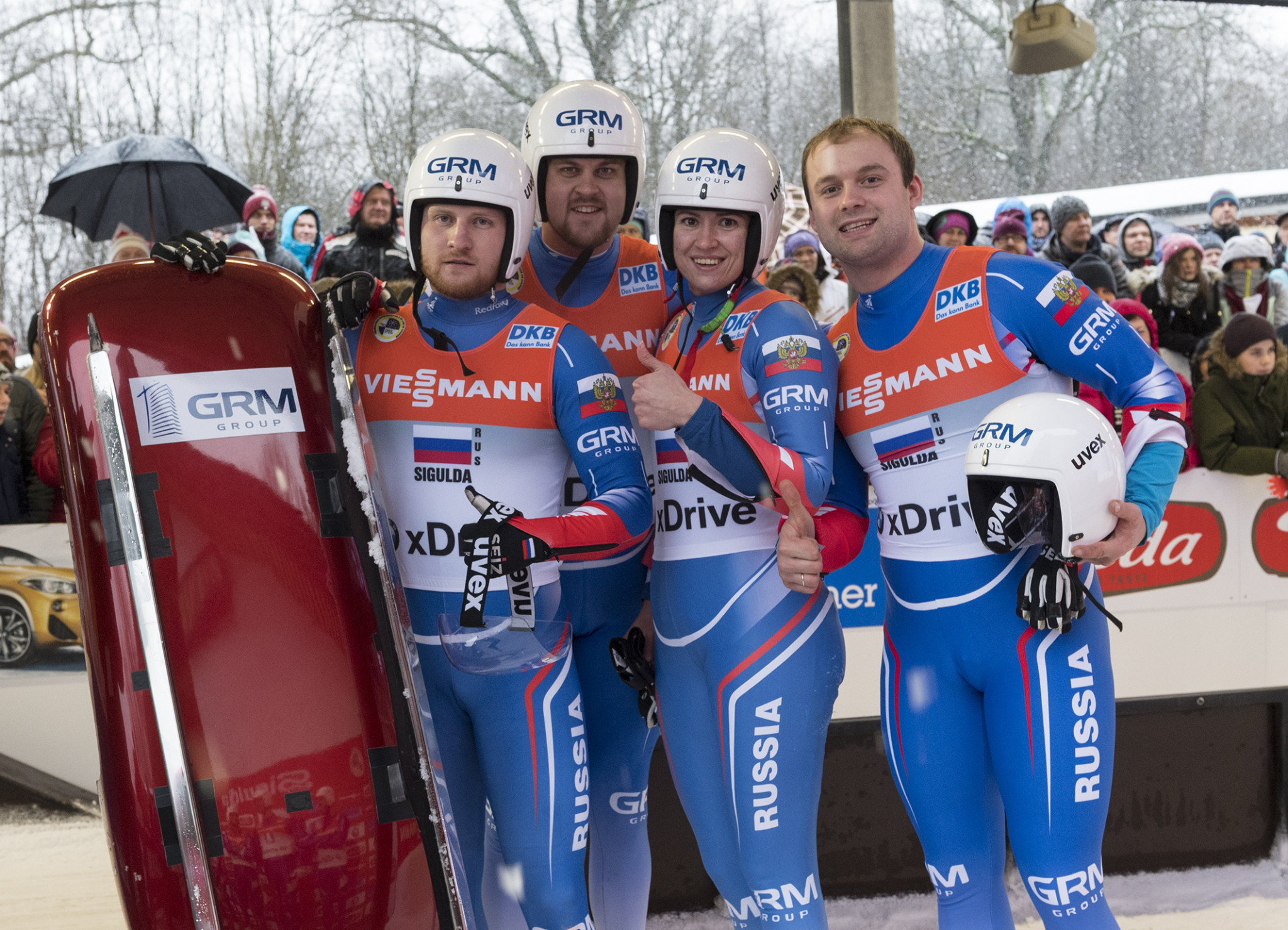 Tatyana Ivanova, banned from the Olympic Games for life and disqualified from Sochi 2014 for doping, secured her second European title of the weekend as she helped the Russian team clinch relay success at the International Luge Federation World Cup in Sigulda.

Ivanova, sanctioned by the International Olympic Committee for her role in the "systematic manipulation" of anti-doping results at the 2014 Games, added the relay crown to the singles gold she claimed yesterday.

The 26-year-old admitted it had been a difficult week after she appeared at  Court of Arbitration for Sport (CAS) hearing as part of an appeal from 39 Russian athletes but was in good form again as she played a key role in the nation taking the team relay honours.

Ivanova laid down the first run of 43.358sec as the Russian team, which also featured Semen Pavlichenko, Aleksandr Denisev/Vladislav Antonov, finished in a total time of 2min 13.428sec.

Their combined effort was enough to beat the might of Germany, whose team included overall World Cup champions Natalie Geisenberger, Felix Loch and the doubles pairing of Toni Eggert and Sascha Benecken.

Kendija Aparjode, Inārs Kivlenieks and Andris Sics and Juris Sics delivered a medal for the host nation as they clinched bronze.

Despite missing out on the European crown, Germany were able to wrap up the overall title on 485 points.

Austria followed in second place on 400 points, while Canada were third with 381 points.

It proved to be a mixed day for Olympic champion Loch as he was crowned World Cup winner for the sixth successive time but lost the European gold medal to Russia's Pavlichenko.

Pavlichenko successfully defended his continental crown after recording a total time of 1:36.758.

Loch was second by a narrow 0.011 margin, while Russia's Roman Repilov did enough for the bronze medal.

The German star ensured he did not leave empty handed as a third place in the sprint event saw him retain his overall World Cup title.

Eggert and Benecken clinched their 10th win from 13 races to earn the overall doubles World Cup and the European gold medal in 1:23.364.

The German pairing, the dominant force in the doubles discipline, finished ahead of Latvia's Andris Sics and Juris Sics.

Tobias Wendl and Tobias Arlt continued the success for Germany as they claimed bronze.

Ivanova, cleared to compete by the FIL despite her Olympic ban added another triumph to her name in the Latvian city as she reigned supreme in the women's sprint in 30.998.

The result had little impact on the overall standings as Olympic champion Geisenberger had already guaranteed her place at the summit of the leaderboard.