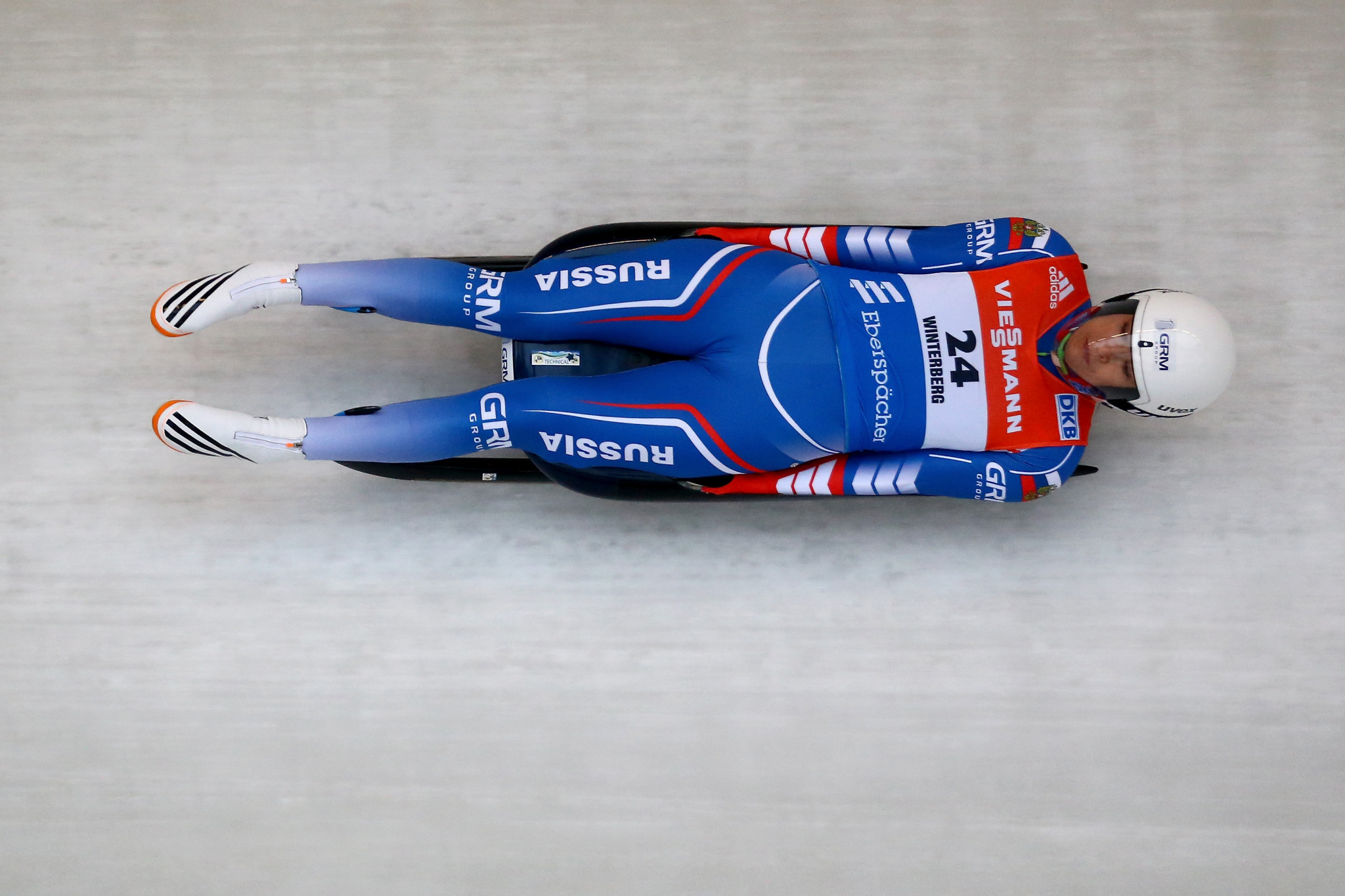 Russian Tatyana Ivanova, banned from the Olympic Games for life for her role in the "systematic manipulation" of anti-doping results at Sochi 2014, was crowned European women's champion at the International Luge Federation (FIL) World Cup in Sigulda.

Ivanova, cleared to compete by the FIL despite her Olympic ban and disqualification for the 2014 Games, has been excluded from the list of Russian athletes due to form the neutral team at Pyeongchang 2018 next month.

The 26-year-old, stripped of the silver medal she claimed in Sochi, has appeared at a Court of Arbitration for Sport (CAS) hearing this week as part of an appeal from 39 Russians against the sanctions imposed by the International Olympic Committee.

She appeared focus on the job at hand today, however, and topped the podium with a combined time of 1min 23.989sec.

Ivanova took the European title ahead of Germany's Natalie Geisenenberger, who had already wrapped up the overall World Cup crown, as she was 0.087 behind.

"I only managed three practice runs because I was in Lausanne.

"The situation with the CAS appeal in Switzerland and the European Championships was mentally challenging for me here.

"This gold medal is as precious as platinum to me."

World champions Toni Eggert and Sascha Benecken enjoyed double success at the event in Sigulda as they clinched the European Championships gold medal and wrapped up the overall World Cup title with victory in the men's doubles.

The German duo clocked a combined 1:23.364 to beat Latvia's Andris and Juris Sics, while Tobias Wendl and Tobias Arlt did enough for bronze.

"Not only are we European Champions but we also defended our overall World Cup title," Benecken said.

"We are also the reigning world and German Champions, so we currently have four titles to our name.

2As kids we dreamed of an Olympic victory, but we need to keep our feet on the ground.”

The event in Sigulda concludes tomorrow.