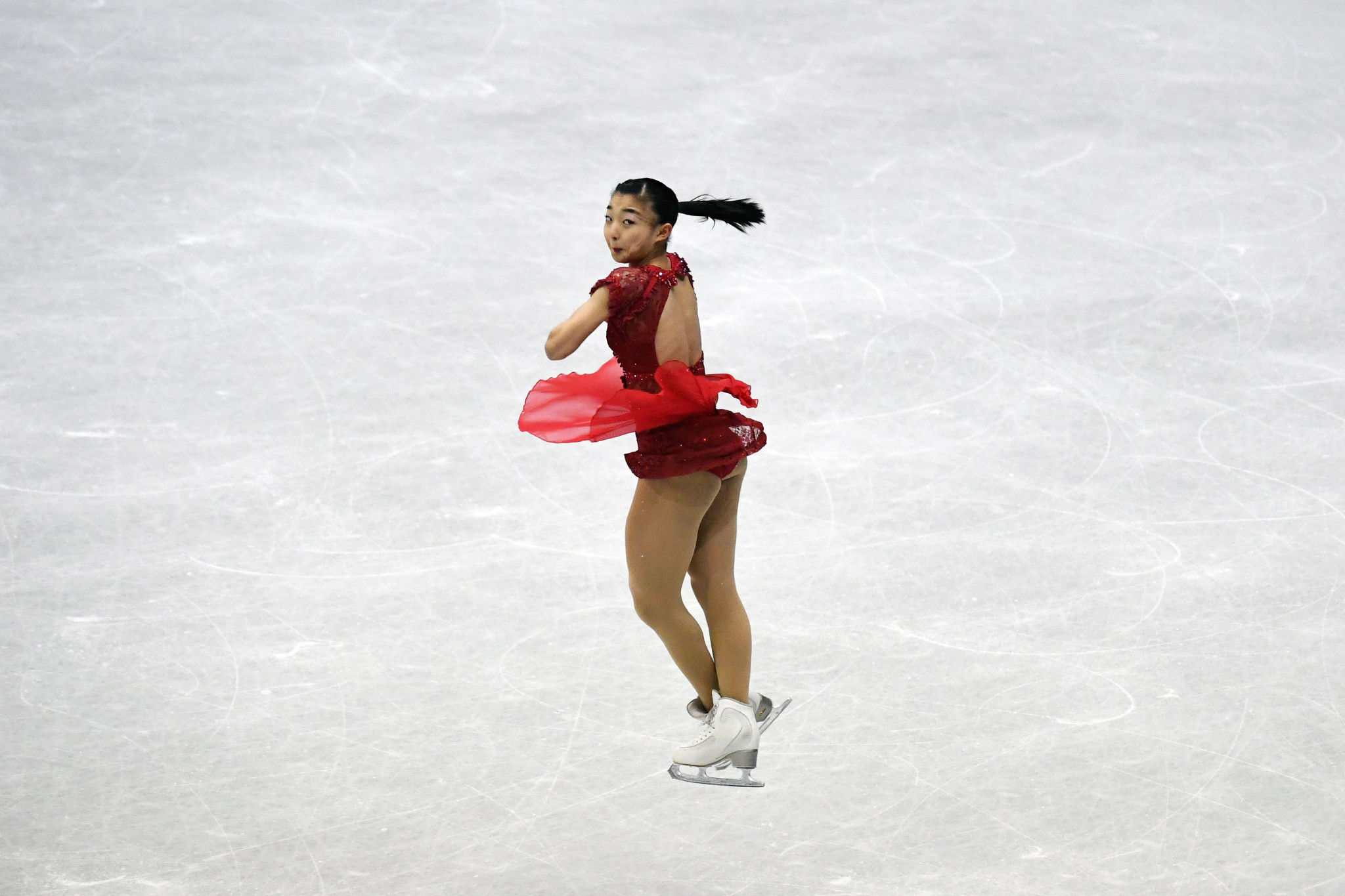 It came as Americans Tarah Kayne and Danny O'Shea won a pairs competition which included a notable bronze for North Koreans Ryom Tae-ok and Kim Ju-sik.

World junior bronze medallist Sakamoto was second after the short programme but produced a magical free skate to leap into gold medal position.

She pulled off a triple flip-triple toe, double Axel-triple toe-double toe combination in her routine for a total of 142.87 points from the judges at the Taipei Multipurpose Arena in Taiwan's capital.

Mai Mihara climbed from third at the halfway stage to second overall as she scored 140.73 for a total of 210.57.

Her team-mate Satoko Miyahara led after the short skate but slipped to third in the final reckoning after her free routine scored 135.28, leaving her in bronze medal position on 207.02.

"I skated here at Junior Worlds last year and I did a clean short and long programme, so I have a good memory at the rink," said 17-year-old Sakamoto, who has clinched the title at her debut Four Continents appearance.

"That made me feel confident and I was able to skate comfortably."

The Four Continents event is open to skaters who are not from Europe and is a key build-up tournament for next month's Pyeongchang 2018 Winter Olympics.

Kayne and O'Shea produced a solid display as they skated to victory in the pairs event.

"Winning this event means so much to us - more than winning in any other year because of what we had to go through, coming back from injury," said Kayne, who had surgery on a knee injury 11-months-ago.

A second American pair dropped from the halfway lead into silver as Ashley Cain and Timothy LeDuc were given 123.85 points for a total of 190.61.

The North Korean pair clinched their medal amid much discussion about the country's participation at Pyeongchang next month.

They were the only athletes from the reclusive state to qualify by right for the South Korean Games but missed the deadline to accept their spot.

However, they have now been confirmed among the North's 22-strong squad for the Games following historic talks in Lausanne involving the International Olympic Committee.

Ryom and Kim's medal is the first for North Korea at an ISU figure skating Championship.

They rose from fourth place at the halfway point by scoring 119.73 points, enough for a combined total of 184.98.

They capitalised as Australia's Ekaterina Alexandrovskaya and Harley Windsor dropped from second to sixth.

The men's free skate will conclude the Championships tomorrow.