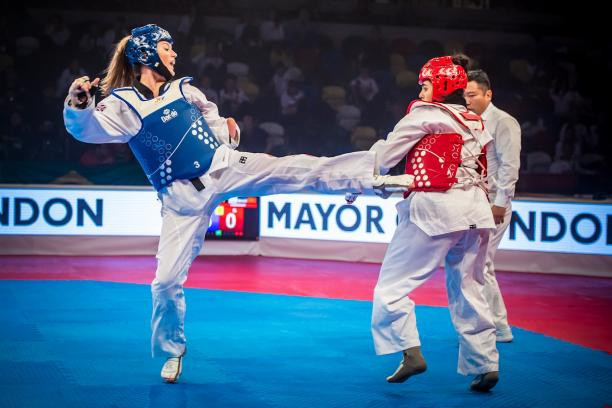 The International Paralympic Committee (IPC) have released a list of the most successful aspects of Para-Taekwondo in 2017, with the sport's Paralympic debut at Tokyo 2020 on the horizon.

The IPC highlighted the continued growth of the sport, which saw a record-breaking 260 athletes from 59 countries compete across a variety of competitions, including the biennial International Wheelchair and Amputee Sports Federation (IWAS) World Games.

There have been numerous examples of new talent emerging in the sport including Mongolia's Enkhtuya Khurelbaatar who claimed her first World Championship title.

Great Britain's Amy Truesdale was also highlighted after winning four tournaments across the year and achieving the number one ranking in the women's over-58 kilogram K44 division.

Along with new talent, the more experienced names have also shone brightly throughout the year.

Lisa Gjessing of Denmark claimed her fourth consecutive world title and added an IWAS World Games gold to her collection in the under-55kg K44 division.

Iran's Mehdi Pourrahnamaahmad also captured his fourth straight world title in the men's division along with gold medals in the Asian and IWAS Games.

The Iranian has lost just one match in the last five years.

Looking forward to 2018, there has been an effort to excite audiences by altering some of the rules.

For example, the addition of a four-point spin kick allows fighters the chance to gain valuable points for the high-skill technique.

This offsets the inability to score points for head kicks and trunk punches which, unlike its Olympic counterpart, are prohibited in Para-taekwondo for safety.

The sport has also moved to a new five-minute, one round fight, replacing the previous three two-minute round system.

Coaches have also been given one time-out each, introducing a new tactical element to the sport.

Additionally, in a first for the sport, K43 fighters will join the K44 division for three "super events" in both the men's and women's division.

An example of one of these "super events"could see Mongolia's three-time world champion Bolor-Erden Ganbat, a K44 fighter, come up against France's three-time champion Bopha Kong, who competes in the K43 category.