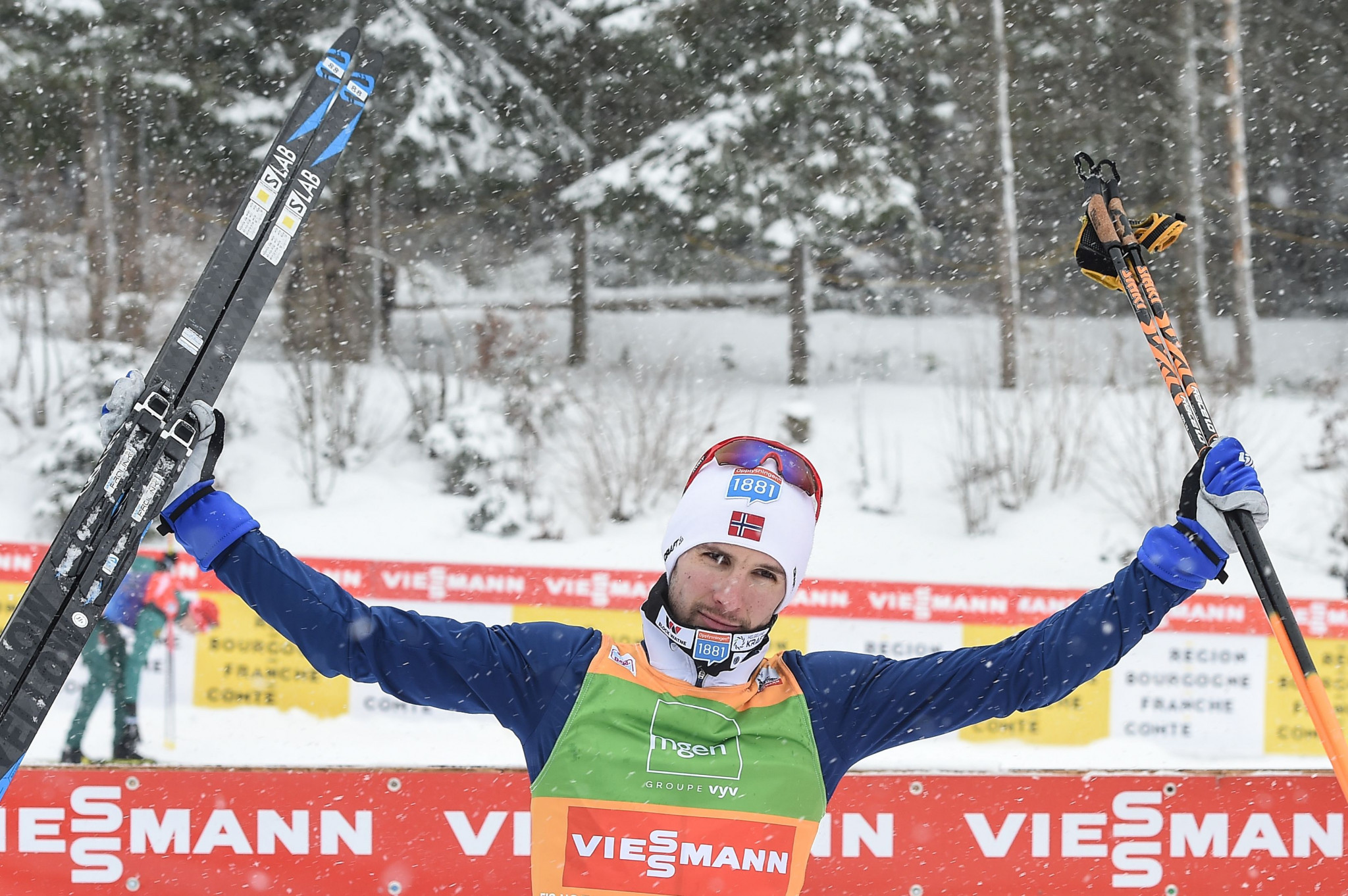 Jan Schmid extended his lead in the International Ski Federation Nordic Combined World Cup with another victory in the French resort of Chaux-Neuve despite heavy snow and fog which invited competitors to do as the venue suggested.

Despite the weather warnings in the region, competition went ahead and the Norwegian duly earned his fourth World Cup victory and second back-to-back win following his triumph in Val di Fiemme last week.

Schmid skied a strong race, pulling away from the jumping leader Akito Watabe of Japan near the end to finish 1.4 seconds clear.

Ilkka Herola came through with a podium result for the Finnish team, ending his race on the third place after beating Austria’s Lukas Klapfer in a finish line sprint by 0.3 seconds.

Watabe had showed again why he really likes the hill in Chaux-Neuve as he won the jumping section with 118 metres and 123.8 points, which put him 22 seconds in the lead at the start line of the cross-country race.

Runner-up after the jumping event was Jarl Riiber, who jumped 113 metres from one gate lower than the rest of the field.

Veteran Willi Denifl proved he is still competitive on the jumping hill with the third intermediate position after an effort of 114m worth 117.2 points and started 26 seconds after the Japanese.

Schmid had secured fourth position at the intermediate stage with an effort of 114.5m.

Lukas Klapfer, who had shone with two podium finishes the previous weekend, made his ambitions known again as he started with a delay of 42 seconds.

The cross-country race took place in nearly whiteout conditions, and for leader Watabe it was clearly challenging to find his way around the course.

After one lap he was joined by Schmid, who hung on before making his surge in the final stretch.

Watabe maintained his effort to earn the second place on the podium.

Behind the two leaders, a bigger group battled for the remaining podium position.