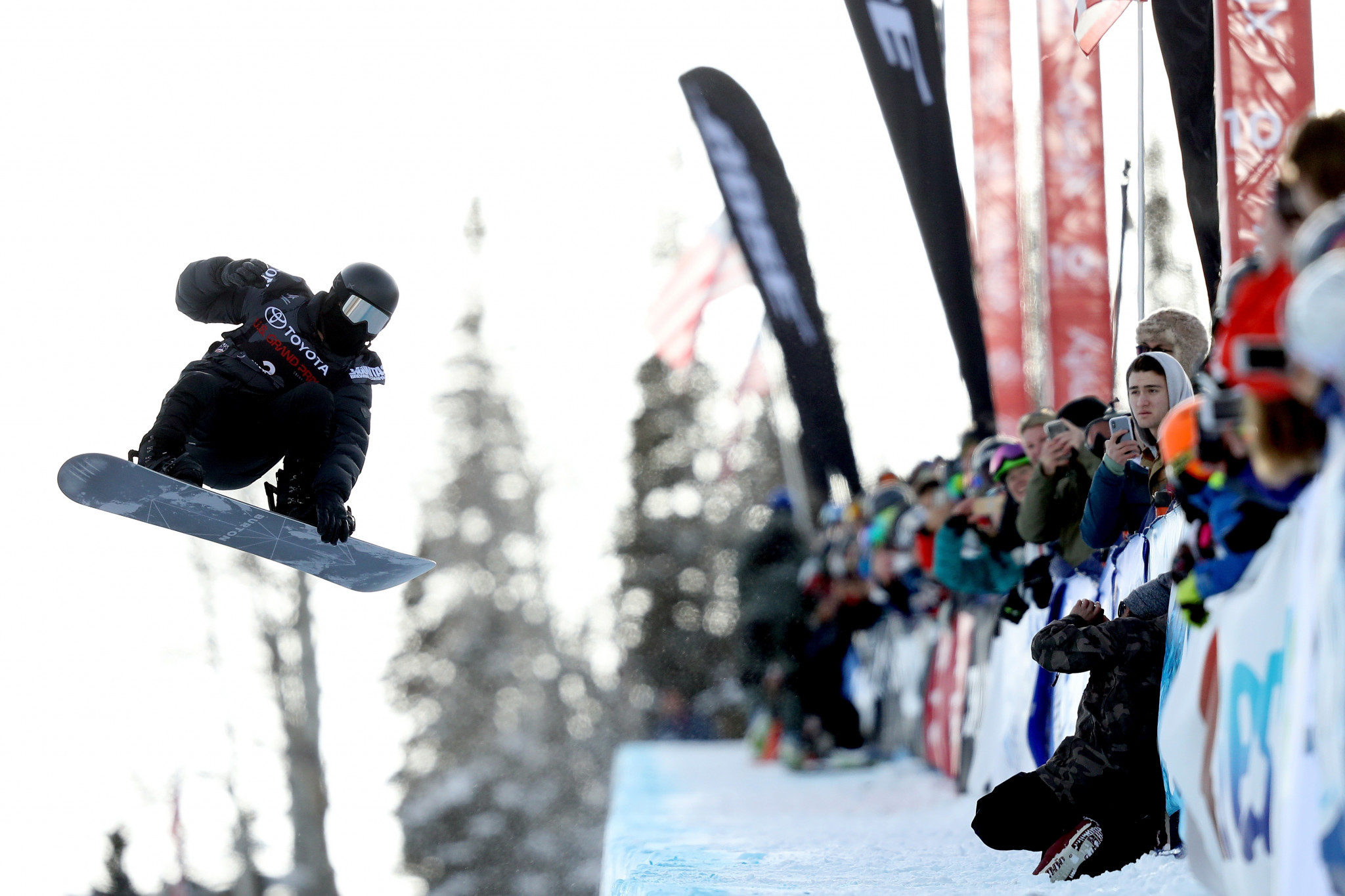 The 31-year-old, who topped the halfpipe podium at the Turin 2006 and Vancouver 2010 Games, scored 100 points for the second time in his career to triumph by a margin of 3.75 points over nearest challenger Scotty James of Australia.

"Getting to the bottom and getting that perfect score was just nuts," White, who will make his fourth Olympic appearance at Pyeongchang 2018, said.

"I'm really proud of myself, it was a long way to get here.

"Now it feels like I'm on the right path to the Olympics.

"It's been all about making the Olympic team and having had a poor finish at the Dew Tour put a lot of pressure on me for the win at this event.

"And that was my goal, to win this thing."

Finishing behind two-time world champion James in the American resort was Japan's Yuto Totsuka, who was 5.50 points off the pace.

The US' Jake Pates and Ben Ferguson finished fourth and fifth respectively to secure Pyeongchang 2018 berths.

In the women's event, Spain's Queralt Castellet came out on top with 91.50 points.

The 28-year-old was the only European in the finals, which saw the US' Chloe Kim finish second on 88.75 points and compatriot Maddie Mastro come third on 87.25.

Castellet's victory was her first in a World Cup since she triumphed at the halfpipe event in Swiss village Saas-Fee in November 2011.

The FIS Snowboard Freestyle World Cup tour is due to continue with an event in Laax in Switzerland from Wednesday (January 17) to Saturday (January 20), providing the last chance for riders to earn points in the official international qualifying process for Pyeongchang 2018.

Raggetli, who won the slopestyle World Cup crystal globe back in 2016, prevailed in the men's event with 95.00 points.

It was his first World Cup victory of the season and comes just after he returned from a knee injury sustained at the big air event in Milan in November.

In the women’s event, top qualifier Killi secured her first-place finish on the strength of her first run.

Second place on the day went to the US' Maggie Voisin with 89.00 points, ensuring her first World Cup podium of the season and securing a spot on the US Olympic team for Pyeongchang 2018.

Great Britain's Isabel Atkin, the bronze medallist from the 2017 World Championships in Sierra Nevada in Spain, rounded out the podium with 87.80 points.

The FIS Freeski World Cup tour is due to continue in American resort Mammoth Mountain next week with the event due to take place from Thursday (January 18) to Saturday.