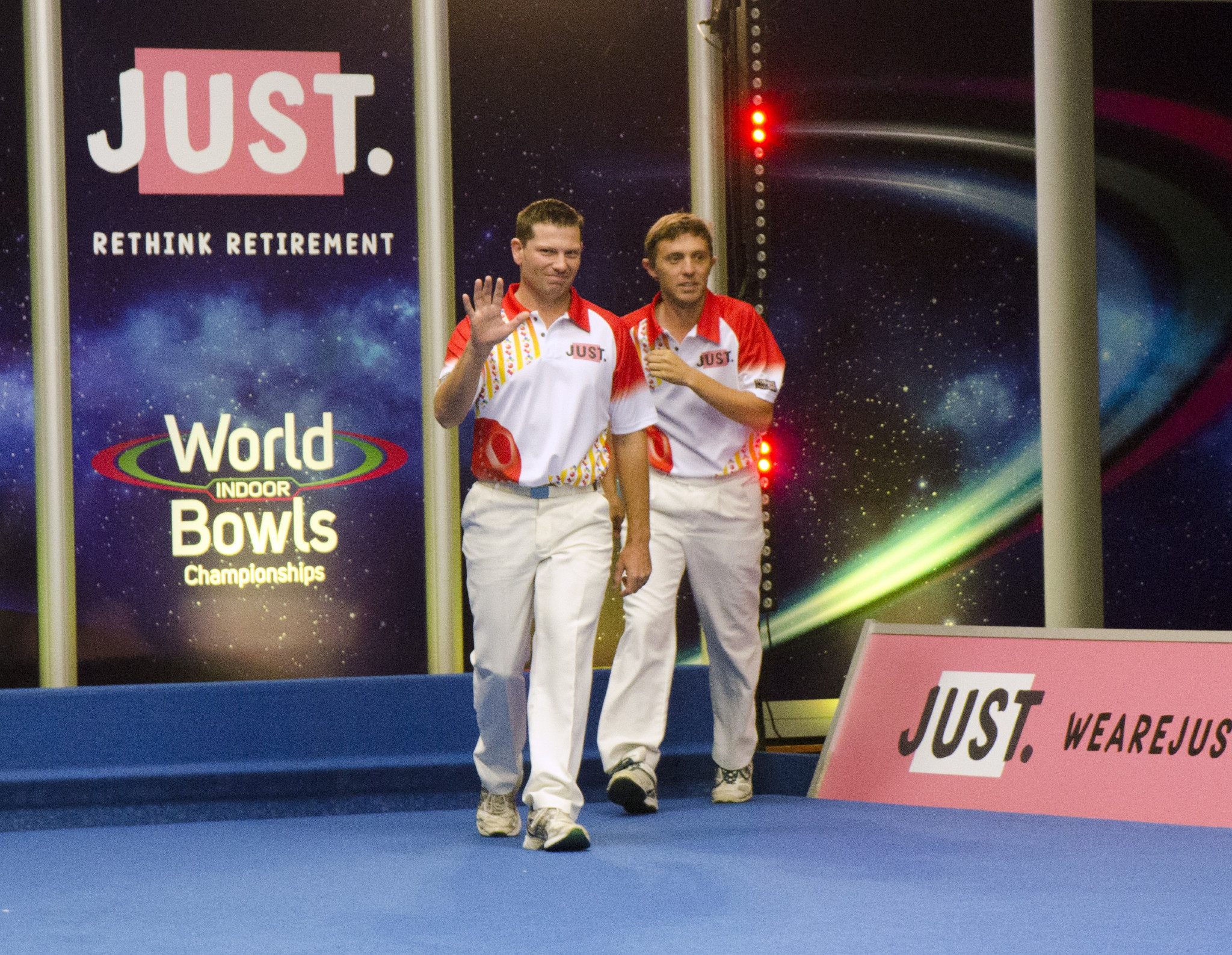 A jubilant Trentan Healey and Scott Walker have made it through the preliminary pairs round-robin stage against the the Irish pairing of Mark McPeak and Stuart Bennet at the 2018 World Indoor Bowls Championships, at the Potters Leisure Resort, in Norfolk.

The Australian pair went into a 4-2 lead in the fifth end and then faltered as the Irish Pair took an amazing six shots in the sixth end to go 8-4 ahead and followed that up with a double on the final end to take the first set 10-4.

The second set start saw McPeak and Bennet climb into a 4-1 lead by the end of the third end.

The fifth end saw some superb bowls from Healey and Walker and the Aussie pair took a further four shots to go 6-4 ahead in the next end.

It was Bennett’s turn to the deny the next end as he played a superb weighted shot and took a count of two to tie the score at 6-6 going into the final end where Healey took a double off the Irish pair to take the second set 8-6.

Into the tie-break and McPeak and Bennett outplayed Healey and Walker to take the first end.

McPeak and Bennett held a shot for a match lie and it was a superb effort from Healey that saw the shot swing back to the Aussies, and so 1-1 the match went into the final end.

It was the Irish pair that laid two shots with a possible three count against the Australians but Healey dug deep and played a superb running bowl to grab the jack and take it two feet to the back and a possible measure for shot and game.

It was Bennett’s turn to have to dig deep and he played a great bowl which was perfect for line but it just ran through and the Australian pair opted not to play their last bowl confident of a shot and match lie.

So it proved on the measure and the Australian pair going through to face Robert Paxton and Jonathan Ross on the blue portable rink.